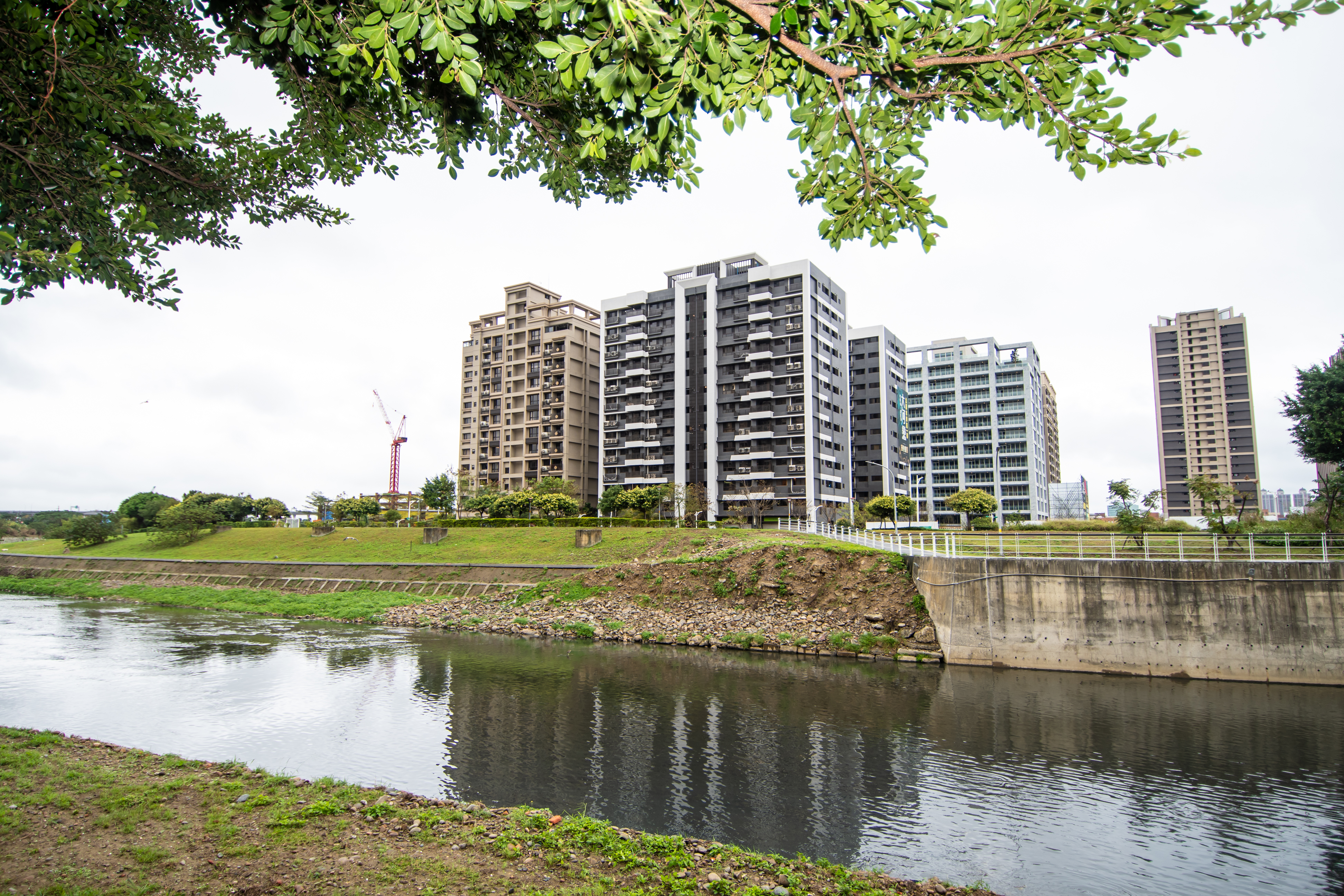 Cheng Wen-Tsan, Mayor of Taoyuan City, went to Taoyuan Jingguo Riverside Park in the morning today (12/7) to attend the completion ceremony of Nankan River Shuibiantou Water Purification On-Site Processing Project. Mayor Cheng expressed, the fund for Nankan River Shuibiantou Water Purification On-Site Processing Project is NTD$ 36.28 million in total, with 70% of it supplied by the Environmental Protection Administration and 30% provided by the local government. It can process 3,000 tons of sewage daily and reduce up to 75% of pollution. The main construction was completed in March 2020. Currently, it is in the stage of trial running and is expected to be officially in operation in February 2021. Mayor Cheng pointed out that after the construction of Shuibiantou Water Purification On-Site Processing Project is completed, the riverside space will be turned into a park. He also named the park “Shuibiantou Pure Water Park” on site. It will be a very suitable place for environmental education in the future.

Mayor Cheng mentioned the equipment of Shuibiantou Water Purification On-Site Processing is set up underground to reduce noise and odors that bother residents. This is the first water purification system that adopts globular contact filter material which makes following operation and maintenance work easier. Mayor Cheng said, before Taoyuan was upgraded to a special municipality, there was only one gravel zone purification system in the entire city, which was located in Xinshi Park in Pingzhen. After the upgrade, eleven gravel zone purification systems were built in succession, including the Nankan River Upstream Zhaoyang Dialogue-With-Water Gravel Zone Purification System. Besides preventing natural disasters, we also hope to see the restoration of the river to turn it back to an environment suitable for the growth of fish, shrimps, and water weeds. The nice riverside park can also become a good place for leisure activities for citizens.

Mayor Cheng stated Nankan River is basically the stream of life for Taoyuan. The river basin goes from Guishan, Taoyuan to Luzhu, and extends to Zhuwei area at the estuary of Nankan River. Currently, the regulation work for the entire basin has gradually met the standards. Moreover, the bridges across the main rivers in Taoyuan have individual features as well. For example, Shuibiantou Bridge and Inxiang Bridge are both delicate in their looks and this attracts many bike riders and tourists for a visit. The City Government also set up Shuibiantou Barrage to shape an even better water area. In the future, when water is thoroughly purified, water sports can be further promoted.

Furthermore, Mayor Cheng mentioned that Dongmen Ammonia and Nitrogen Pollution Reducing Facility will be planned out at the common border basin of Dongmen River and Nankan River. It can process 7,000 tons of water intercepted from Dongmen River daily. There will also be a smart monitoring center and a river education center built. The total fund for the entire project is expected to be NTD$ 320 million. Hopefully, we can acquire 200 million from the Environmental Protection Administration. The expected opening date is in 2023. We will let citizens see a different Nankan River.