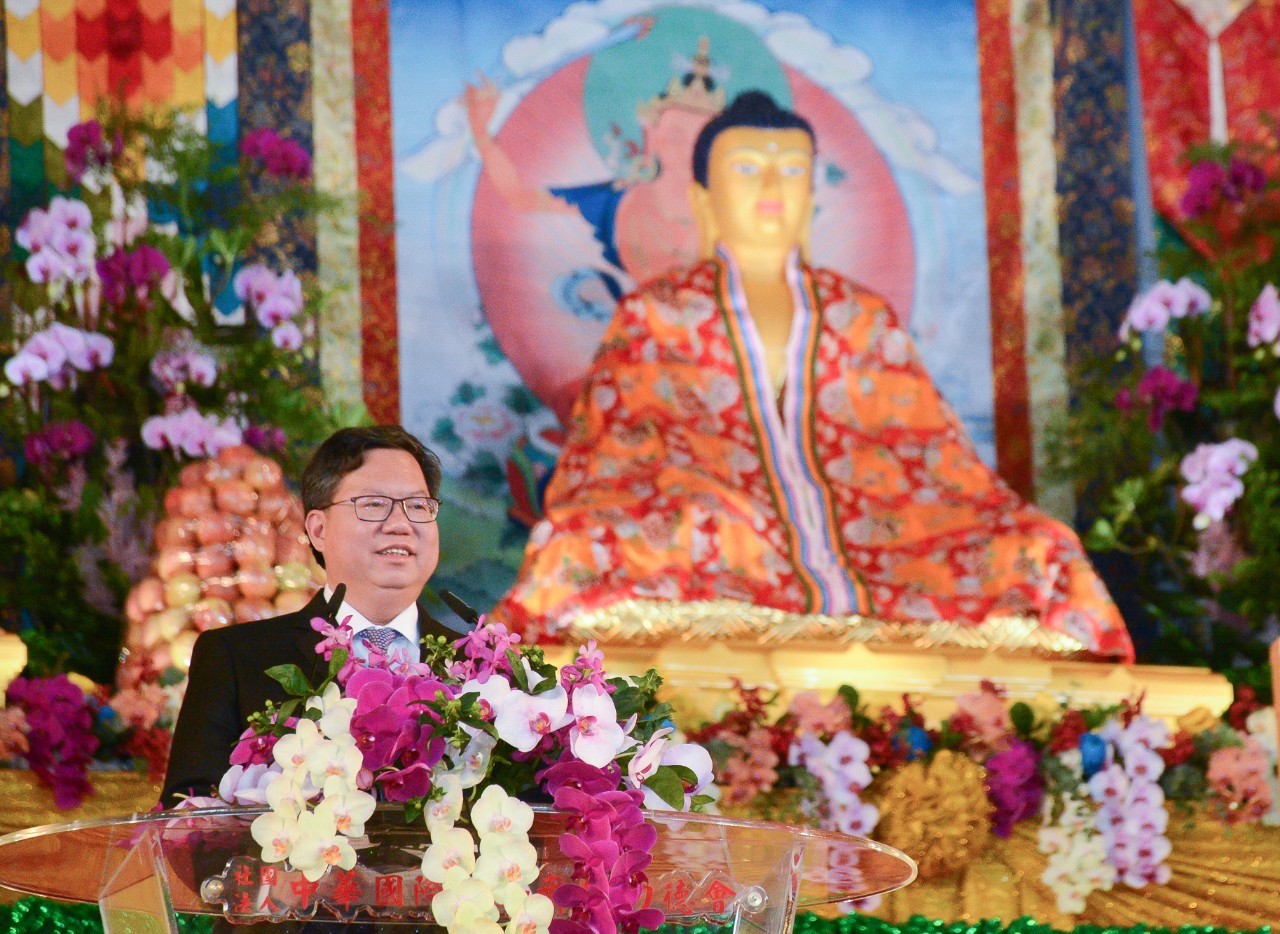 Taoyuan City Mayor Cheng Wen-Tsan headed to National Taiwan Sport University to attend “2019 International Buddha Puja and Sangha Dana's Day” held by Chung-Hwa International Merits Society of Buddha-puja and Sangha-dana on August 25. Mayor Cheng said that “International Buddha Puja and Sangha Dana's Day” has been held for sixteen consecutive years. In attendance were Mahatheros, Masters, and lay Buddhists from all over Taiwan. Everyone was filled with the joy of Dharma. It was a huge event in the Buddhist community. He believed that Taoyuan will also receive more blessings due to the karmic connection with Buddhism.

Mayor Cheng pointed out that International Buddha Puja and Sangha Dana's Day had gathered people at home and abroad, which was beyond national borders. The event was held with unprecedented success and was widely praised. For more than 2,000 years, Dharma has been well developed in Taiwan. Mayor Cheng believed that it is a blessing and hoped to keep the blessing in the future. He also hoped to perfect our merits and virtues to preserve Dharma and hand it down to future generations.