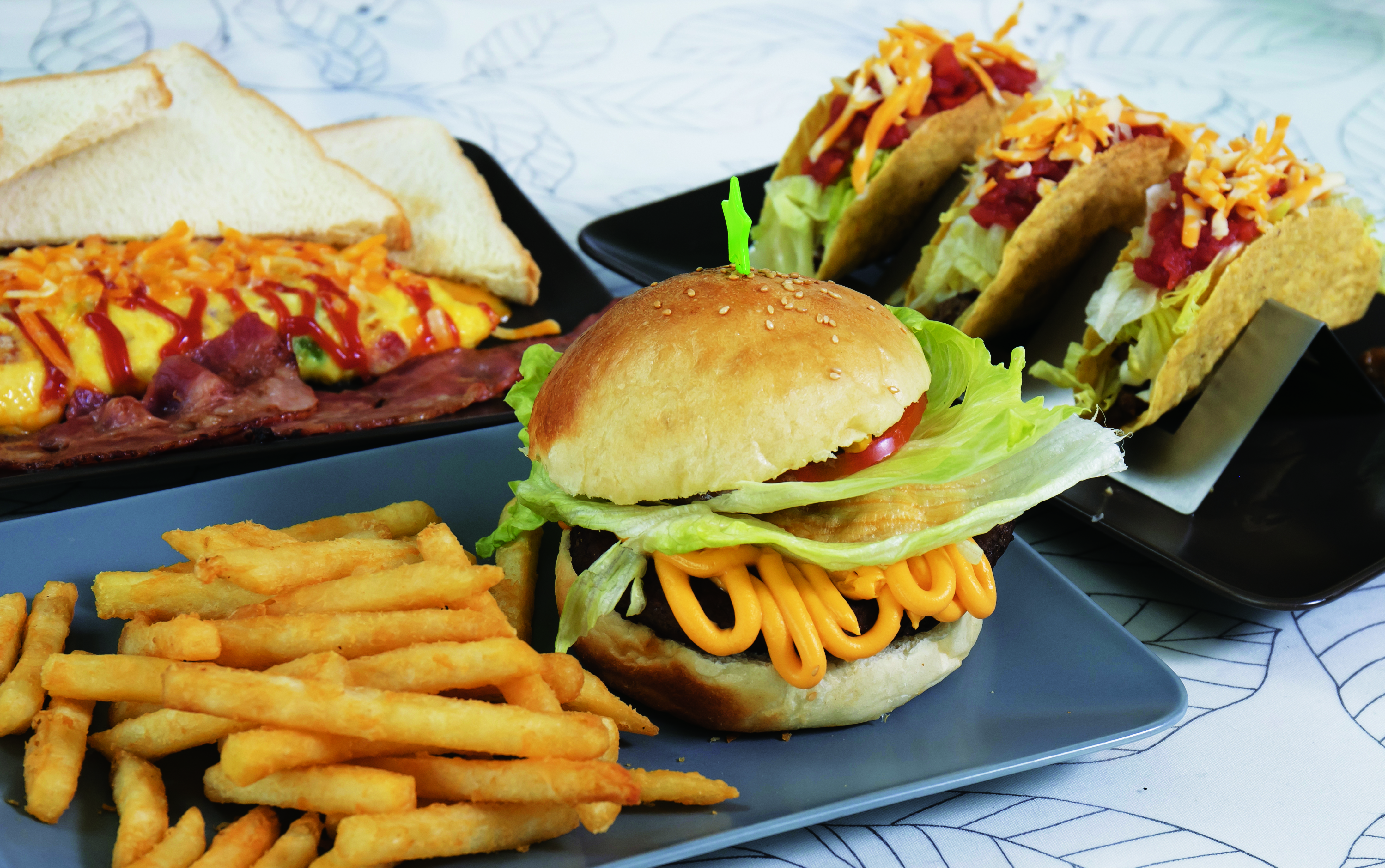 Abstract
Sam, a native Philadelphian of the US state, came to Taiwan with love and started an American diner. Sam enjoys Taoyuan's metropolitan areas, suburbs, cultural diversity, and convenient transport. Sam and his family of three are now living a comfortable and fulfilling life at Longtan.
Text
An American Diner located on Longyuan Road in Longtan. The proprietor, Sam, is a PhD in anthropology who emigrated from the United States to Taiwan for his lover.
Starting a shop in Longtan after experiencing the beautiful landscapes here
Sam met a Taiwanese girl, Rebecca, online. They fell in love and Sam decided to come to Taiwan to establish a family with her. After marriage, the couple and their daughter, Farah, settled down in Wugu District in New Taipei City. Despite the convenience and accessible services, they lived in a high-rise apartment that was plagued by noise and surrounded by heavy traffic. The small area of the house also restricted the activities of the small family. Sam, who always preferred the natural outdoors, started thinking about moving somewhere else.
Every time they drove from Wugu to Zhudong where Rebecca's parents live, they would always pass Longtan. The entire family was quickly drawn into the picturesque beauty of Longtan. Finally, at the end of 2007 they have decided to move to here. Sam, a family-man, wanted to take better care of his one year old daughter at that time, therefore decided to open the Roadies American diner in May 2008.
Small title: Special American cuisine in heavy motorcyclists middle stop
The model workshop located at the basement of the diner is Sam's personal amusement place.
When the family first moved to Longtan, Sam noticed that there are many heavy motorcyclists riding on Provincial Highway 3 and decided to target them as the patrons of his restaurant. The origin of the name “Roadies” means travelers on the road. The diner therefore serves as a midway stop for both heavy motorcyclists as well as cyclists passing through the area. Furthermore, Roadies which is located near attractions such as Longtan Lake and Shancaishen Temple has started attracting other customers including tourists and families.
The heart and soul of Roadies will be the husband and the wife who are an ex lieutenant colonel from the US Navy with anthropology PhD qualified, and a specialist in commercial design. Neither of them had any experience in running a restaurant so they had quite a hard time in the beginning. Despite the lacked dishes and high labor costs, the couple managed to survive under the circumstance. By the second year, everything has improved and staff has shorten to one. After nearly 9 years of operations, Roadies is now a favorite destination of many loyal customers. The menu now includes a surprising list of over a hundred items, including steaks, pork chops, hamburgers, pizzas, Mexican dishes, salads, soups, and famous dishes such as shepherd's pie, spicy beef soup, Mexican salad, apple walnut salad, and other unique cuisines.
Roadies
3D modeler and special hideout
Roadies is a diner that offers steaks, burgers, pizzas, and various American cuisines.
Other than running the restaurant, Sam has also dedicated his personal interest and skills on decorating the establishment as a modeling hobbyist. Furthermore, he recently has engaged in 3D printing technology and started taking 3D models orders.
The first floor of the Roadies restaurant offers a presentation of Sam's works and the basement contains the secret locale where the models were made. Manufacturing machinery, tools, impressive models and works-in-process have spectacularly covered the entire basement.
Sam attempted to establish another branch of Roadies in Guanxi, but had to give up as he could not be two places at the same time. Instead, he chose to focus on the one store, develop unique features, and pursue other interests along the side. Moreover, Sam has also be invited to teach 3D printing at a university, and brought others to explore the joy in the new technology.
Preference for friendly atmospheres and feeling content in a convenient Taoyuan
Sam and his family have enjoyed their life in Longtan and made a lot of friends there. “ The residents of Longtan have included many migrators from other regions of Taiwan, and they are all very friendly and kind.“
Normally, Sam picks up his daughter after school. When Roadies is closed on Tuesday, the entire family will take a nature walk and visit places such as Shihmen Reservoir, Daxi, and other surrounding mountains. Sam and Rebecca are impressed with the convenient services provided by Taoyuan's public transport system. They said “Taoyuan is a medium city which includes both metropolitan areas and suburbs. Also it only takes an hour to drive to Taipei to attend events or visit friends. It's really convenient!”
Roadies American diner
Address: No. 264, Daping Section, Longyuan Road, Longtan District, Taoyuan City
TEL: 03-411-5044
Opening hours: Monday to Friday, 11:00-21:00
Saturdays, Sundays, and public holidays: 9:00-21:00
Closed on Tuesdays
From Taoyuan Zhi, April 2017 Vol. 22, Pages 39 to 40
相關圖片