::: You are here: Index  >  About Taoyuan  >  Religion  >  Jiguopai Old Church in the Aboriginal Tribe of Taoyuan

Jiguopai Old Church in the Aboriginal Tribe of Taoyuan

2.Jiguopai Old Church in the Aboriginal Tribe of Taoyuan- The Most Beautiful Stone Church in Taiwan

Jiguopai Old Church is a historical building combined with aboriginal and Christianity cultures and the religious belief center of the Atayal in Tai Wo Region at the boarders of Fuxing and Daxi Districts of Taoyuan City. Despite the limits of technology and local resources during the construction, the engineers could manage to build the Church with local materials and applied the technique to utilize the characteristics of the stone materials and piled up with mutual arch mechanisms after the manual cutting, further developing the unique church construction style to portray the achievement of arts and crafts aesthetics. The shape pf the entry applied the double formats of rectangular and circular ones to represent the concept of “the key towards the heaven”, the sloping facades represents the image of “silver lines of the clouds” by adopting the design of curve lines. The style of the Church has both arts aesthetics and religious context, which has become the unique cultural asset of Taiwan. 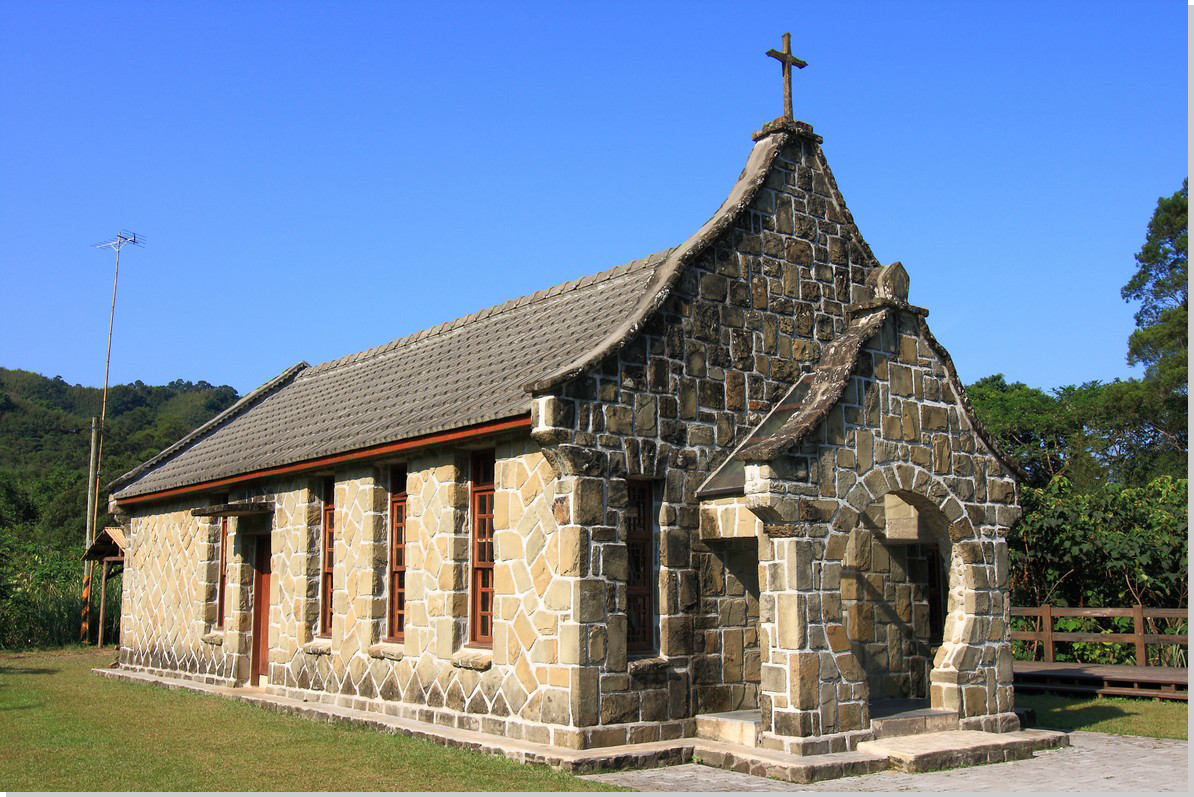 Jiguopai Old Church was originally the church used by Sanming Church in Fuxing District, Taoyuan City, Japanese colonizers almost fully controlled the Christianity belief of the aboriginal people, the Sanming Village had no Christian until 1945 that foreign Missionary Clare Elliot McGill (Atayal name: Watan Magin, 1919-1996), Rev. James Dickson and local Rev. Chen, Chung-hui (Atayal name: Holar Tiemu, 1927-2004) came to preach and founded the Branch of Sanming Church in 1951. In the early times, the living places of the Christians were borrowed for church meeting, later on it was determined to construct a church by applying the principle of mutual arch mechanisms with stone materials and the Church was started to be constructed in 1963 by the design of Priest Huang, Rong-quan (Atayal name: Masa Tohui, 1932-). Besides the stone materials were carried by the Christians up to the mountains, the rock dashers from Taipei City were also hired to conduct the cutting and construction, the funding for such construction was from the donation of young people at Taipei U.S. Military Church. Then due to the long disrepair of the roofs of the Church, the church meeting was conducted at New Church and the old one was categorized as the Taoyuan City Government designated historical spot in 2004.

A.The Church Entry that Represents “The Key Towards the Heaven”：

Jiguopai Old Church was designed and constructed by Priest Huang, Rong-quan, his designing concept was based on the prototypes of Western churches, but due to the various limits of technology, experience and local resources, it was not likely to conduct various decoration elements for the exterior of the Church, and the simple and unadorned texture of stone materials, as well as the changing of lines on the wall surface were the only available approach to portray the aesthetics. The shape pf the entry applied the double formats of rectangular and circular ones to represent the concept of “the key towards the heaven”, which means that the Christians that enter the Church can hear the gospel from God and enter into the Heaven’s Gate. The sloping facades represents the image of “silver lines of the clouds” by adopting the design of curve lines, as if the Noah’s Arch is rested at the mountain hilltops. 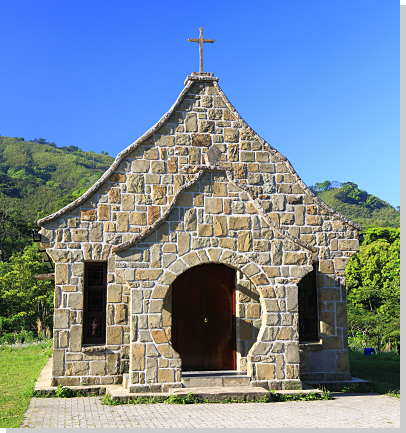 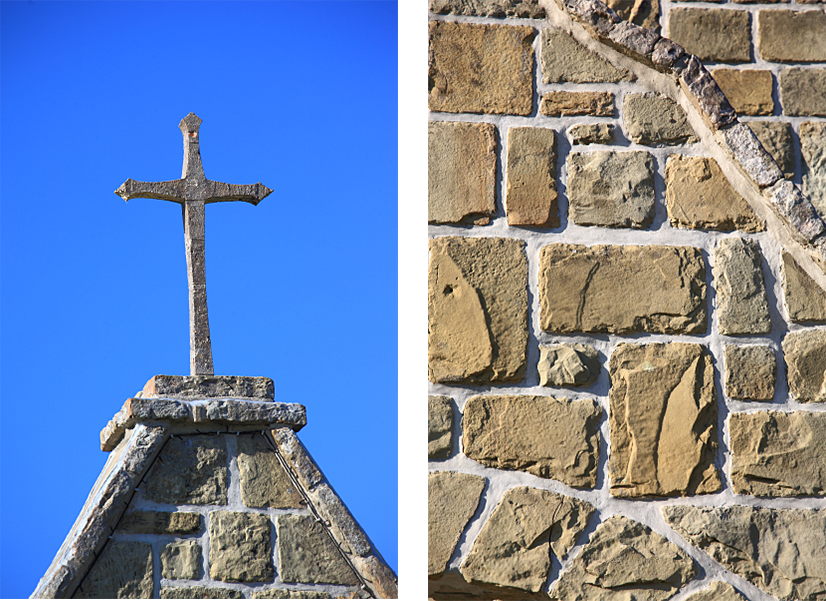 B.The Cross of the Church：

The Cross on the roof of the Church was made by Priest Huang, Rong-quan himself by using the RC material under consideration of the high fragility of stone materials and attempt of sophisticated curve, making the additional exquisite and elegant feature besides the simple and unadorned one of the Church.

The hand- chiseled stone bars were used to construct the Church, so the thickness and specifications of each bars were different. To overcome such disadvantage, Priest Huang, Rong-quan designed the double-layered stone walls, in which the concrete or rebars were filled in between for reinforcement that not only made the structural strength tougher, but also made the exterior outlook nicer.

The construction materials for traditional Atayal buildings are bamboo sticks and woods, before the founding of Jiguopai Old Church, there was a chapel built with bamboo sticks, but was out of usage within years. Therefore, Priest Huang, Rong-quan took the suggestion of Rev. James Dickson to build a church with stone materials. The most invaluable moment during the construction was that the Atayal people brought out the traditional virtue of teamwork, every stone bar or pack of gravel was delivered by the local Atayal people from the neighboring areas based on the division of labor under household and crossed the winding trails. It could be observed carefully that there are many unique chisel marks on the surfaces of stones.

Currently the interior of Jiguopai Old Church is not available for the public, however, the simple and unadorned exterior outlook has attracted many couples to take wedding photos with it, it is recommended to visit the Church before the noon to avoid backlighting.

Open Dates:24/7 for the whole year, but no guidance