Taoyuan won the Excellence Award and the Outstanding Social Power Award of Sustainable City. Mayor Cheng expects the City Government team to continue to build a friendly and sustainable city for all ages 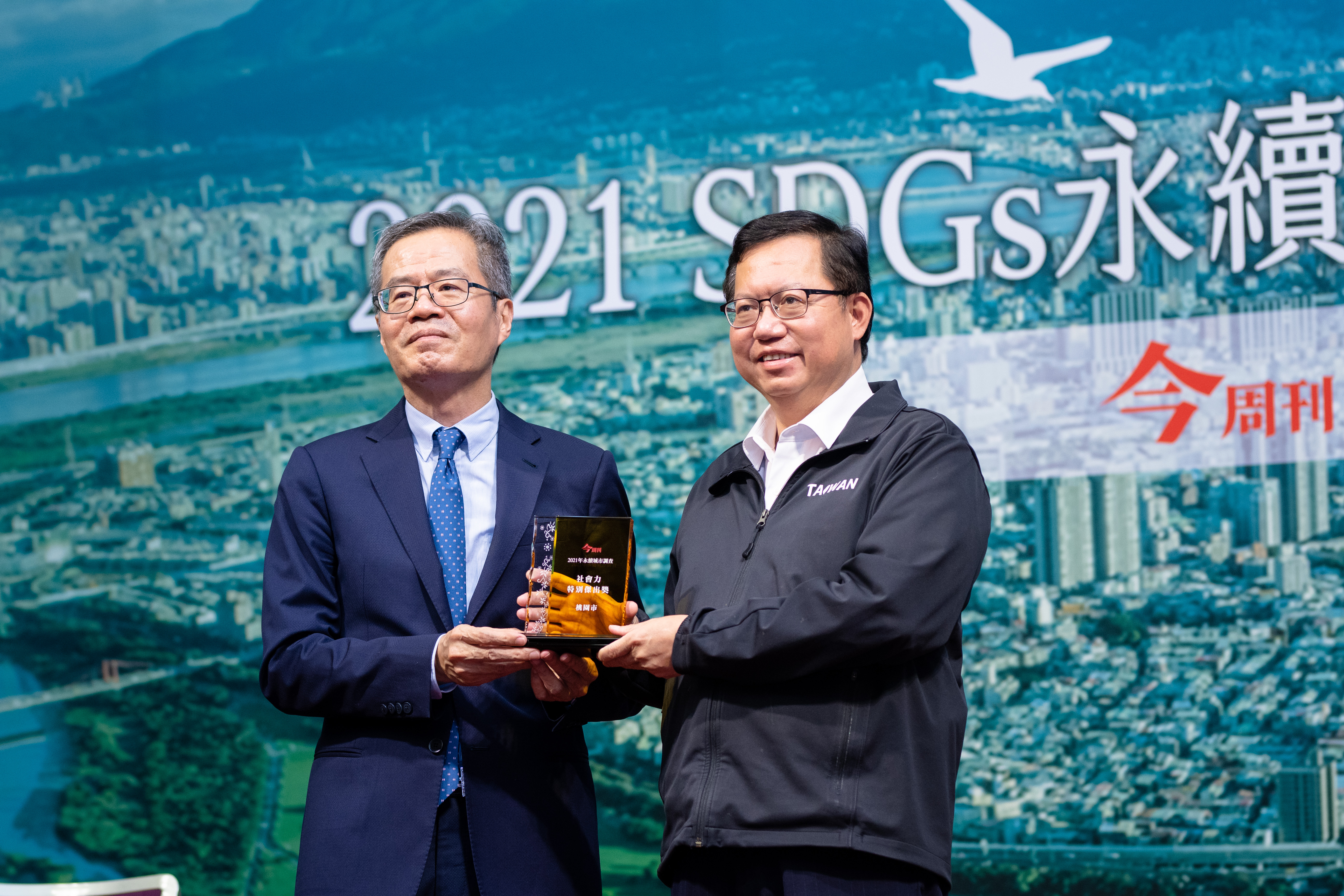 Taoyuan won the Excellence Award and the Outstanding Social Power Award of Sustainable City. Mayor Cheng expects the City Government team to continue to build a friendly and sustainable city for all ages

Taoyuan Mayor Cheng Wen-Tsan went to the NTUH International Convention Center on the afternoon of October 27th to attend the Business Today 2021 Sustainable City Survey Press Conference. He said that local governments promoted the voluntary reviews of Sustainable Development Goals (SDGs) to meet the 17 SDGs of the United Nations. With sustainable, smart, and healthy cities as the universal main goals, SDGs were implemented in governance plans. In the Business Today 2021 Sustainable City Survey, the sustainable city appraisal was divided into three aspects, namely, environmental power, economic power, and social power. Among them, Taoyuan won the Outstanding Social Power Award and the Excellence Award of Sustainable City. The two major awards represent that Taoyuan's promotion of sustainable development policies has been acknowledged.

Mayor Cheng shared that the crucial insights in promoting SDGs are to embrace innovation, learning, or change, to observe each other, and to learn from the experiences of each county and city. Facing the challenges of low birthrate and aging population in Taiwan now, how to support the young people to start a family and establish a business as well as build a friendly city for the elderly so that young families can be happier with fewer burdens is an important issue.

Mayor Cheng further talked about Taoyuan's outstanding performance in the social power evaluation. The great results can be seen in the fact that Taoyuan is a fastest-growing city. Since Taoyuan became a special municipality, its population has grown more than 220,000 with the highest birth rate among six special municipalities. Also, Taoyuan took the lead in promoting diversified policies supporting young families, including maternity subsidies, childcare subsidies, Youth Start-up Hubs, healthy and happy family subsidy programs, and so on. Those policies also enabled the Central Government to follow up and promote the publicization of childcare and other national policies. With Taoyuan's leading social housing policies, young people get the greatest support for their first step into society. Taoyuan's various innovative policies aim to create a sustainable city that is friendly to children, young people, and the elderly, making the citizens happier.

Mayor Cheng and all the participating counties and cities mayors took a group photo.