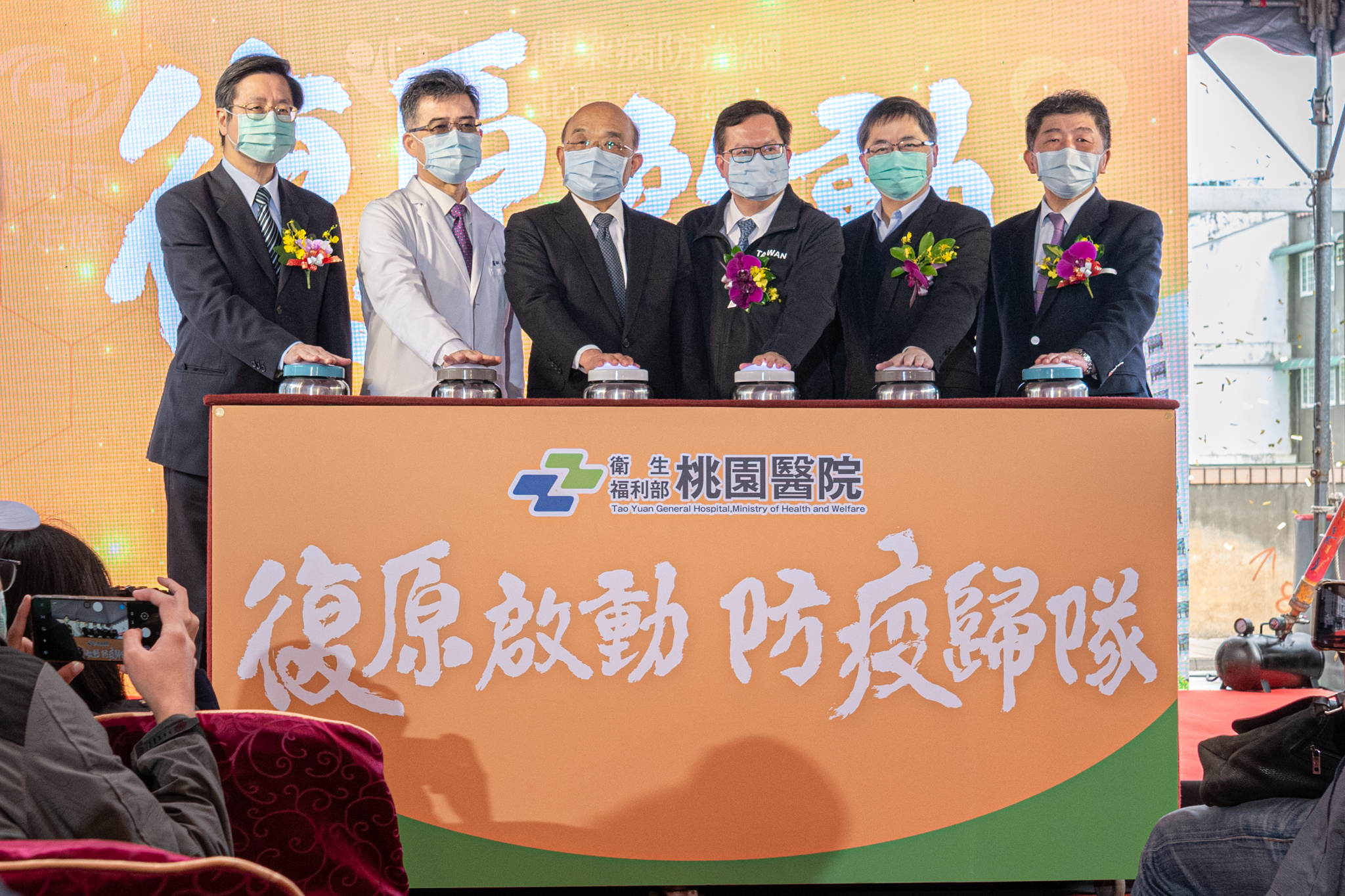 Mayor of the Taoyuan City Cheng Wen-Tsan expressed his gratitude to Premier Su Tseng-Chang and Minister of Health and Welfare Chen Shih-Chung for giving Taoyuan the greatest support at the Taoyuan General Hospital's kickoff ceremony this morning (February 19th). In the past months, efficient policy decisions, the "zero case strategy," and the cooperation between central and local governments helped minimize the risk of COVID-19 spread. He also thanked all Taoyuan General Hospital staff for their perseverance during the pandemic, treasuring every value of individual lives and protecting Taoyuan. Taoyuan's recovery is indeed the heartfelt hope of all colleagues. Mayor Cheng also confirmed preventative measures now allow people to seek medical treatment and travel to Taoyuan with peace of mind. In the future, the Taoyuan government will uphold the principle of cooperation with other governments for ensuring epidemic prevention at the greatest scale.

Mayor Cheng pointed out, since January 12th, Taoyuan General Hospital has faced multiple pandemic control challenges. He especially thanks Premier Su Tseng-chang's instructions to give Taoyuan abundant epidemic prevention materials and the utmost support, as well as Minister of Health and Welfare Chen Shih-Chung's efficient and exact decision makings. The local and central government will continue their corporation to reduce epidemic risk at hospitals and communities in all means.

Premier Su Tseng-Chang referred Taoyuan as the gateway to the country. While bearing the most solemn medical responsibility for treatment, Taoyuan General Hospital has never backed down in cases of incidents. The series of events proves Taiwan, both as a land and a country, has the abilities and courage to pass the hurdles, even in the face of the most vicious virus. Taiwan's abilities and efforts give us more confidence to move forward.

Minister of Health and Welfare Chen Shih-Chung also declared the Centers of Disease Control had accomplished its mission. Taoyuan General Hospital's recovery today was an emotional moment, said Chen Shih-Chung. At the very start of the pandemic, Premier Su has already instructed the government to build a firewall to prevent the epidemic spread. Seeing the city team's efficiency and empathy, the citizens were also willing to corporate for the epidemic prevention and the well-being of the whole communities. It is only through all these measures so that he could report the mission has been accomplished.