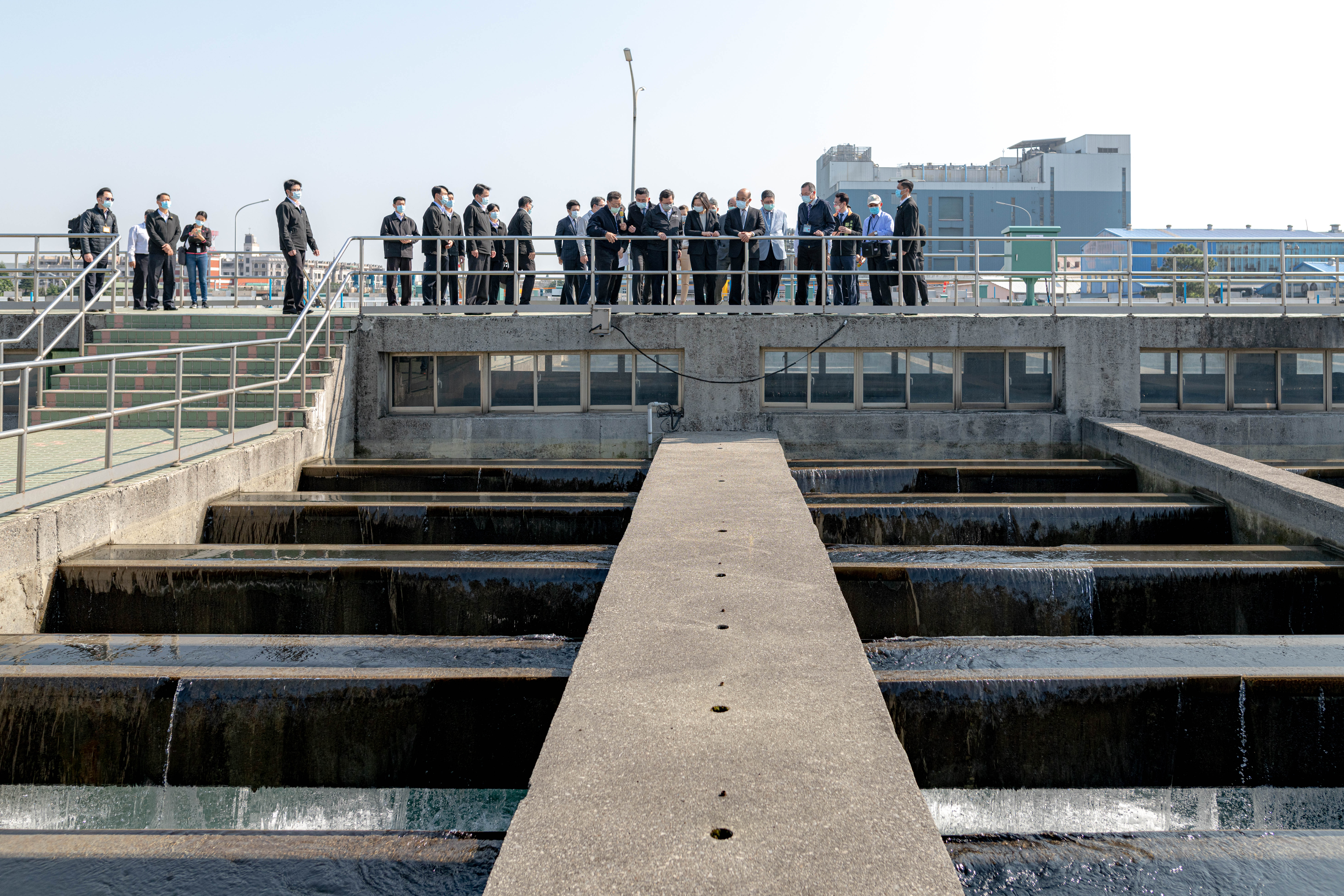 Taoyuan city mayor Cheng Wen-Tsan visited the Pingzhen Water Supply Plant this morning (1 Feb.), accompanying President Tsai Ing-Wen and Premier Su Tseng-Chang to inspect the water supply of the Hsinchu backup pipeline project in Taoyuan. Mayor Cheng said that at the end of last year, the water level of Shihmen Reservoir fell to a record low, which makes Taoyuan a core area for fighting the drought. The city government has cooperated with the Ministry of Economic Affairs to proactively slow down the water level decline of Shihmen Reservoir through measures such as water saving, control and backup. Considering that the water situation in Hsinchu is far worse than Taoyuan, the water supply through the Taoyuan-Hsinchu backup pipeline project will be launched and is expected to supply 200,000 tons of water a day to the Hsinchu area; like a timely rain, Taoyuan and Hsinchu sharing water resources makes Taiwan a better place.

President Tsai mentioned that the completion of the Taoyuan-Hsinchu backup pipeline demonstrates that as long as we work together, regional joint governance is feasible. This project is led by the central government, and coordinated and carried out jointly by several local governments, achieving the policy goal of the north-south water transfer in the northern region. President Tsai expressed her gratitude to everyone who contributed to this project. The central fully supports Taoyuan during this period, and the completion of the Taoyuan-Hsinchu backup pipeline shall guarantee a stable water supply for the New Year.

Premier Su said that the global climate is extremely abnormal, and Taiwan's climate is no exception. Due to uneven rainfall, some reservoirs are about to be empty, not only must we conform to the weather but we must also unite in fighting the drought.