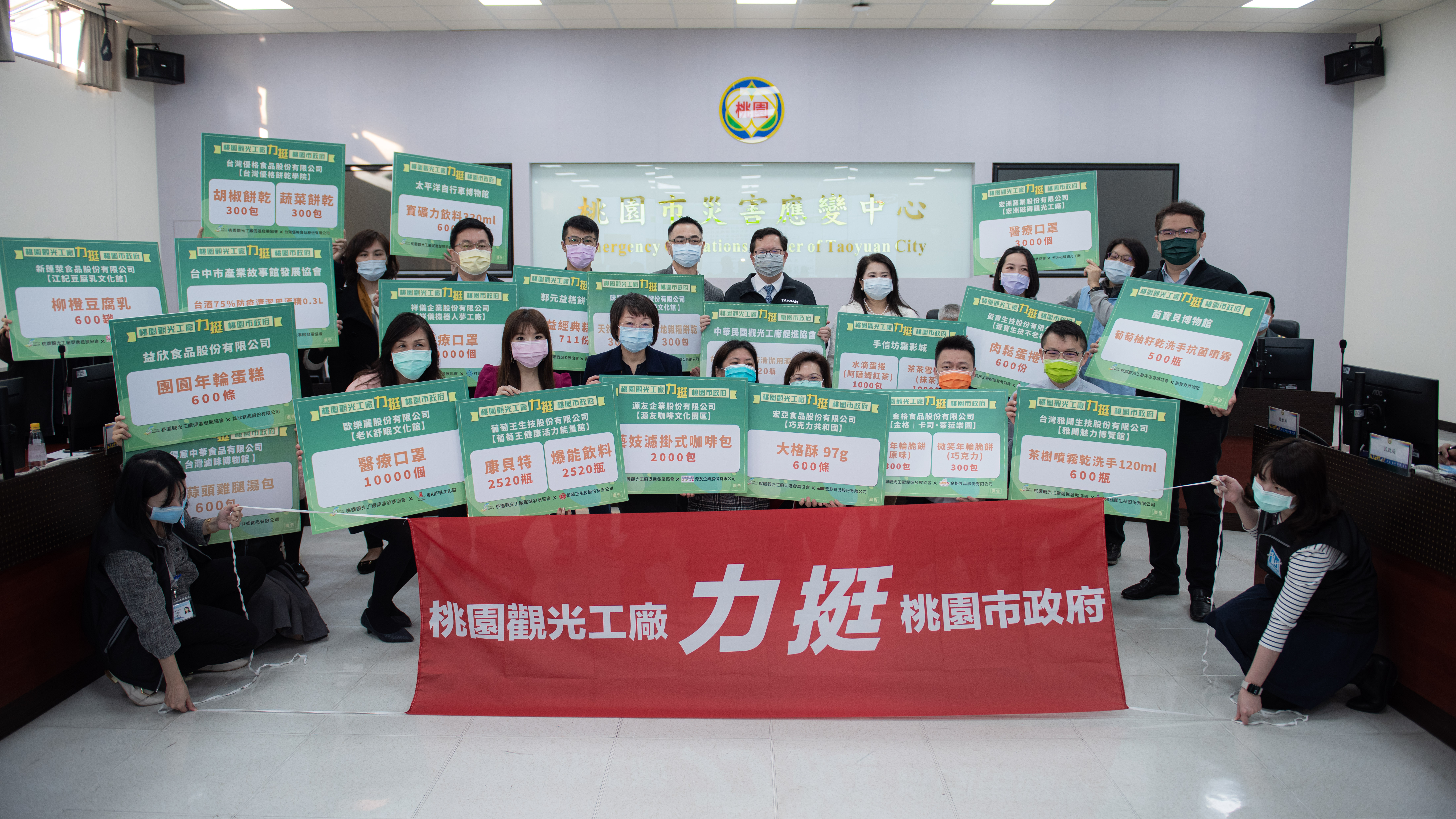 Taoyuan city mayor Cheng Wen-Tsan presided over the pandemic prevention meeting this morning (1 Feb), and said that yesterday (31 Jan) the Central Epidemic Command Center revealed the community trace of the case 908. In order to rigorously handle all possible transmission risks, the Department of Environmental Protection of Taoyuan has cooperated with the 33rd Chemical Group of the ROC Army to carry out the first disinfection operations before the announcement of the trace. Today, the group shall conduct a second round large-scale disinfection of the alleys, to make sure the environmental contamination is minimized. As the "Autumn and Winter Epidemic Prevention Project” and the TYGH Project are launched, traditional markets, shopping centers, and hypermarkets have significantly increased awareness of epidemic prevention. Besides putting a halt on the tastings of food and trials of cosmetics, transparent protective partitions and other epidemic prevention equipment have also been installed. Mayor Cheng also called on citizens to raise their awareness of epidemic prevention during the epidemic, taking protective measures such as wearing masks, washing hands frequently, social distancing, and alcohol disinfection to help establish a thorough epidemic prevention network.

Mayor Cheng also mentioned that the city government has inventoried the needs of epidemic prevention material for 11 responsible hospitals and 1,400 primary medical institutions, and requested for the central support of 160,000 N95 masks and protective clothing, 5,000 bottles of alcohol, etc. Taiwan Centers for Disease Control will be delivering goggles and face shields this week, and the Public Health Bureau will be purchasing medical gloves. A total of 6 kinds of materials and equipment will be delivered to frontline medical institutions this week. Mayor Cheng thanked the Central Epidemic Command Center for the prompt support, and also thanked the frontline medical and health bureaus and other relevant colleagues for sticking to their posts.