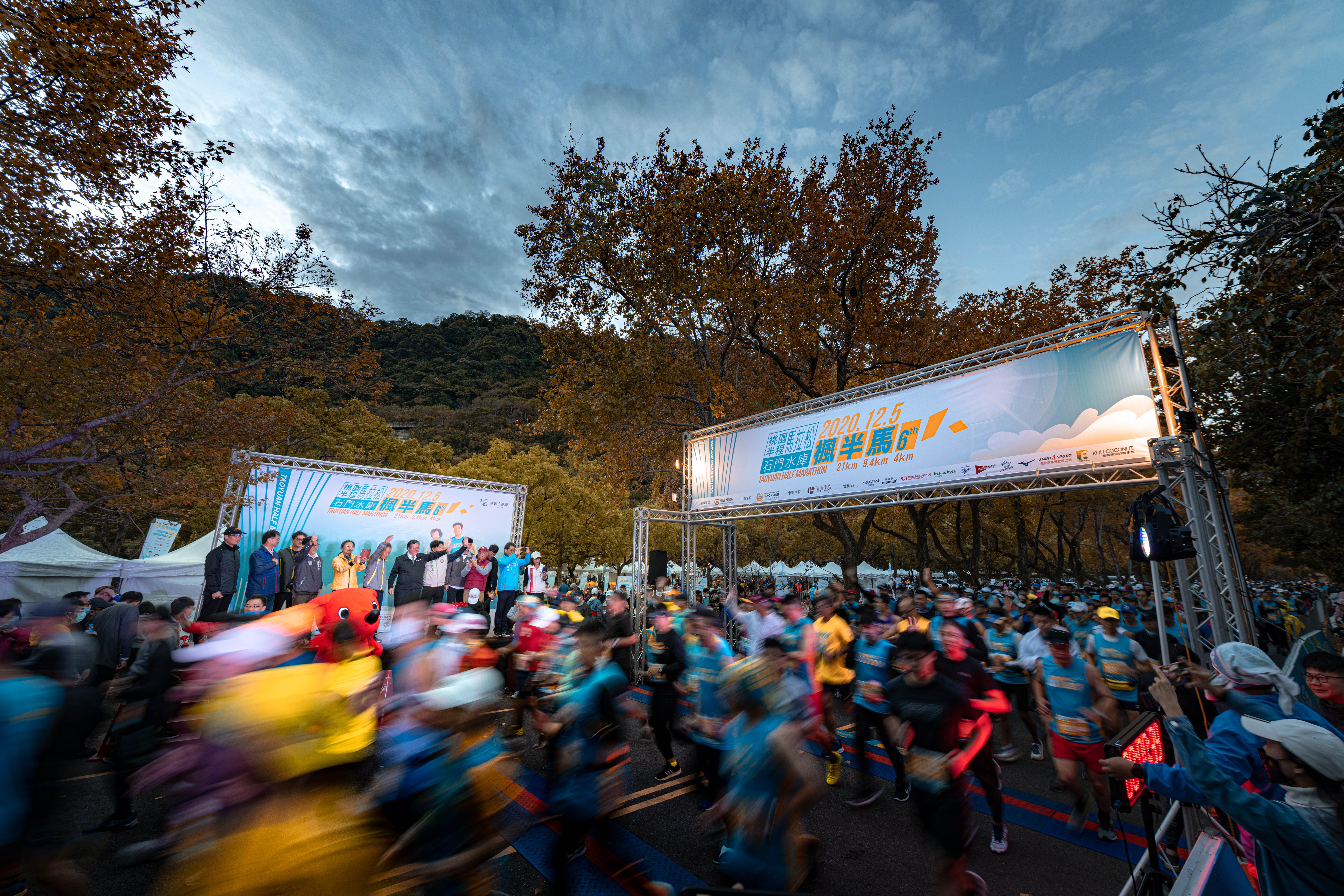 Taoyuan City Mayor Cheng Wen-Tsan attended the "2020 Taoyuan Half Marathon - The Maple Half Marathon around Shihmen Dam" at the Shihmen Dam on December 5. The marathon is in its sixth year, besides the existing leisure group (4km), road race group (9.4km) and half marathon group (21km), the doubles event was newly added, it consists of a half marathon group runner and a road race group runner, allowing friends, couples and families to join together, said the mayor while running. The mayor anticipates The Maple Half Marathon around Shihmen Dam to become the best marathon of Taoyuan City, and wishes all the runners an amazing time surrounded by the lakes and maples of Shihmen Dam, leaving unforgettable memories.

Mayor Cheng described that when the winter comes, the maples around the lake of Shihmen Dam turn red, this 21km Maple Half Marathon around Shihmen Dam was launched after the mayor was inaugurated, it has been widely enjoyed and has achieved a new record number of attendants in 2020 at a total of 7521 runners. This year Weng Wei-Jun, the pitcher of Rakuten Monkeys was assigned as the ambassador of the leisure group; and instead of a starting pistol, the starting of the leisure group has been replaced with Atayal's Salifong, a traditional gun that is made by the indigenous with plants and minerals. In addition, the supply stations along the route provide popular snacks in Taoyuan, allowing runners to easily enjoy the food without queuing, and experience the best road running experience at the annual finale.

The mayor talks about the prospering of Taoyuan Marathon events and the promotion of Shihmen Dam as an important area. With the aim to develop sports tourism while protecting the ecological environment, the city government has built the Xizhou Tourist Service Center and Low Carbon Transfer Station, which is in the stage of business invitation. After the completion of the transfer station, citizens can take electric buses, electric motorcycles, or bicycles to and from Shihmen Dam to ease the ecological burden of the reservoir.