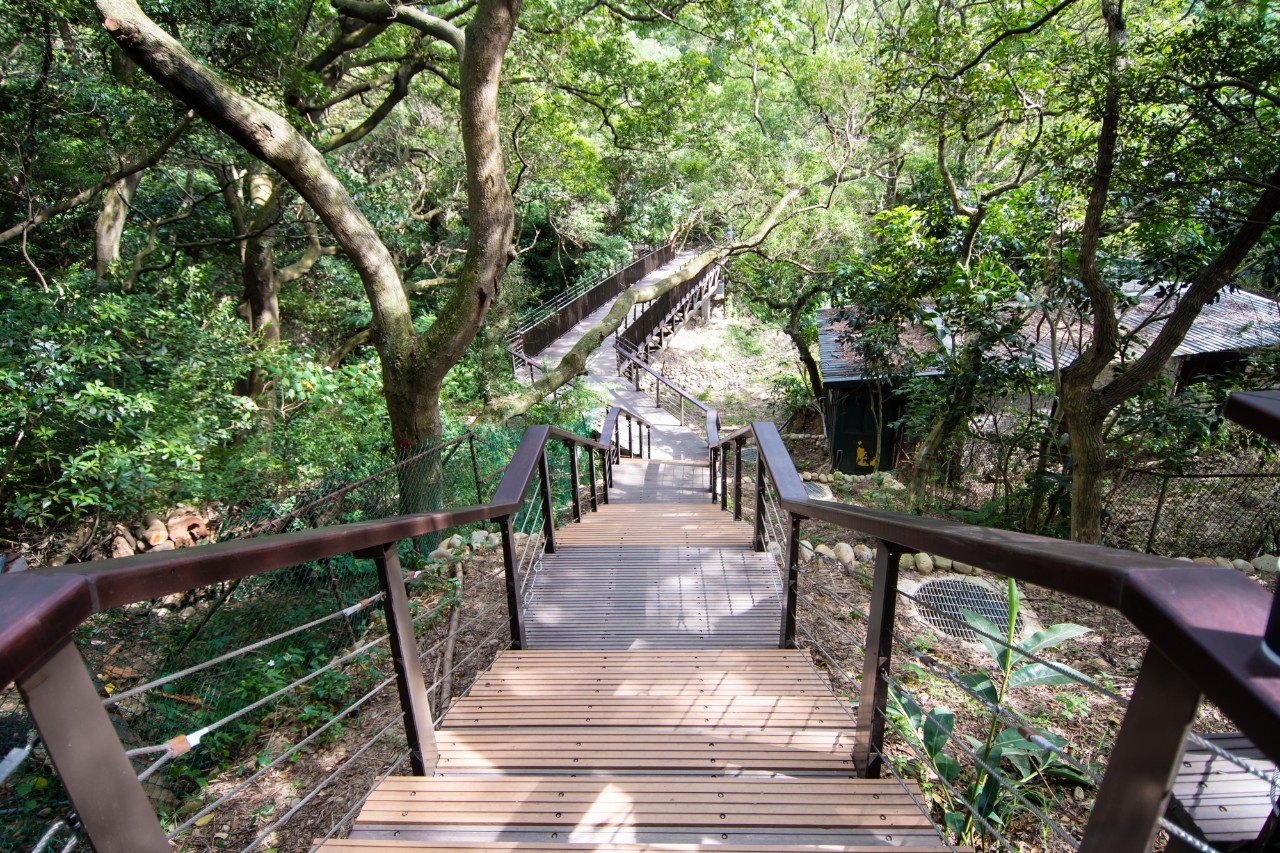 Taoyuan City Mayor Cheng Wen-Tsan attended the opening ceremony of Hutou Mountain Green Corridor on November 2. The designated scenic area covers 720 hectares and is surrounded by Hutou Mountain and Nankan River, making it a good place for Taoyuan residents to get close to nature. To provide a safer hiking environment for people, the city government has promoted the "Back Mountain Recreation Park" in Hutou Mountain, with the construction of elevated wooden trails, earth-stone trails and improvement of ditches and drainage. The construction of the 230-meter trail, which was started on December 16, 2019 and completed on September 3, 2020, not only connects the back-mountain recreation park, but also allows citizens to get closer to nature.