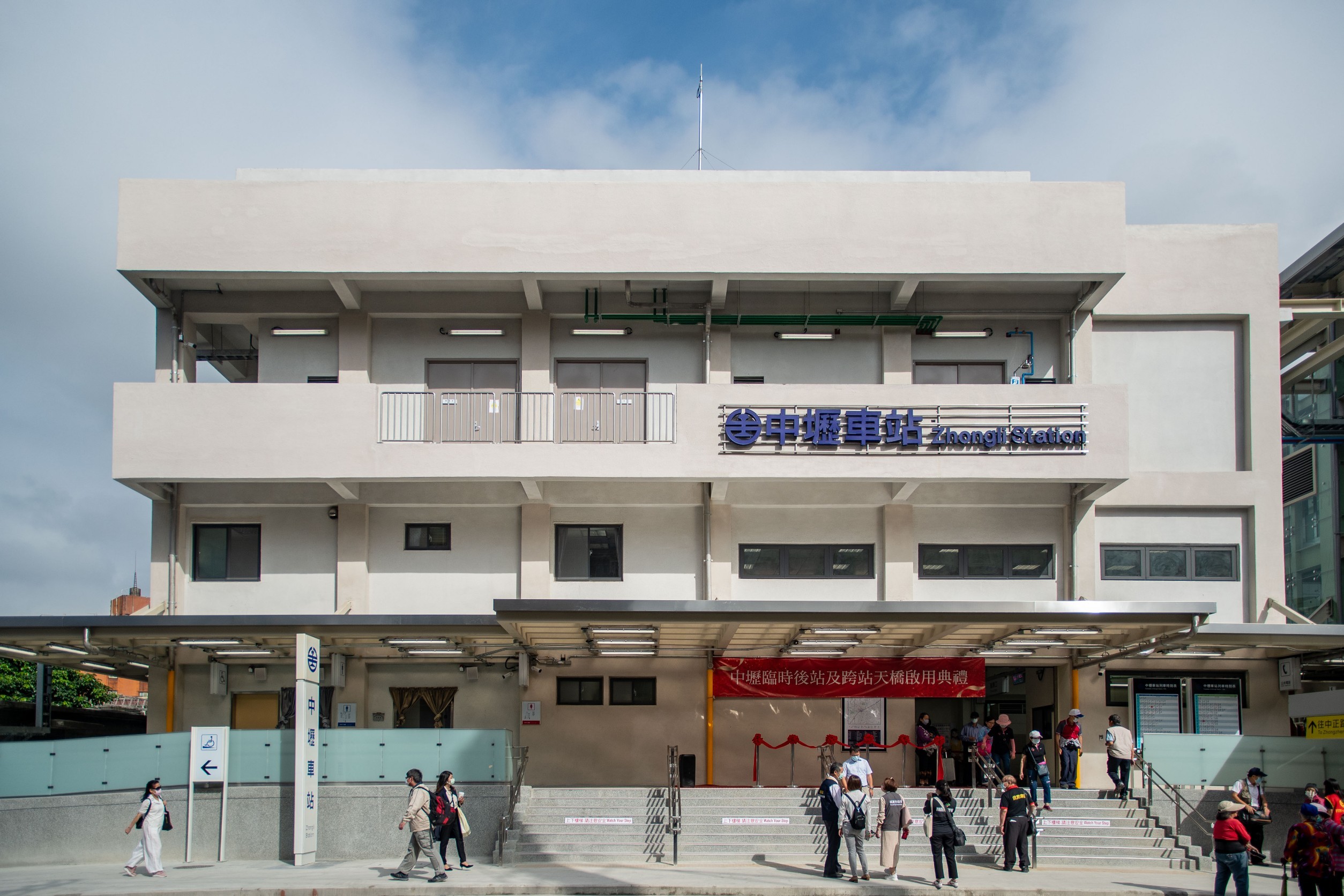 Taoyuan City Mayor Cheng Wen-Tsan attended the ceremony for the opening of Chungli Temporary Rear Station and cross-station pedestrian bridge on October 14 and said that the Airport MRT extension Chungli Station and preparatory construction for the move underground of the railway lines has taken around two years. He said the TRA Chungli Temporary Rear Station and cross-station pedestrian bridge is a milestone in Taoyuan's railway construction, not only optimizing station space and flow lines, also adding many barrier-free facilities. Chungli Front Station will continue to operate. After the relocating of the rear station, it will be called Chungli New Rear Station and will be more friendly and convenient. When the temporary station opens, the original rear station will be demolished and construction of Airport MRT A23 Chungli station carried out; construction of tracks and platforms will also be carried out for temporary track switching by TRA. These construction projects will make the follow-up moving underground of railway lines in Taoyuan seamless and mark a step closer to the Taipei City-New Taipei City-Taoyuan City living sphere.

Mayor Cheng said that Chungli Station has an average people flow of 55,000 person times/day and passenger volume is third highest of TRA stations island wide. The city government is actively pushing the extension of the Airport MRT to Chungli to integrate A23 station on the Airport MRT line and TRA's Chungli Station; it is also actively coordinating with the Railways Bureau, MOTC, to change part of the design of the Airport MRT extension so that the configuration is “railway on top, MRT below”. Also, the city government will continue to promote follow-up plans; in future, Chungli Station will integrate Taoyuan's undergound railway lines, the Airport MRT and the Chungli extension of the Green Line, and the front and rear of the station will also be connected to make Chungli an important transportation hub and commercial center of Taoyuan.