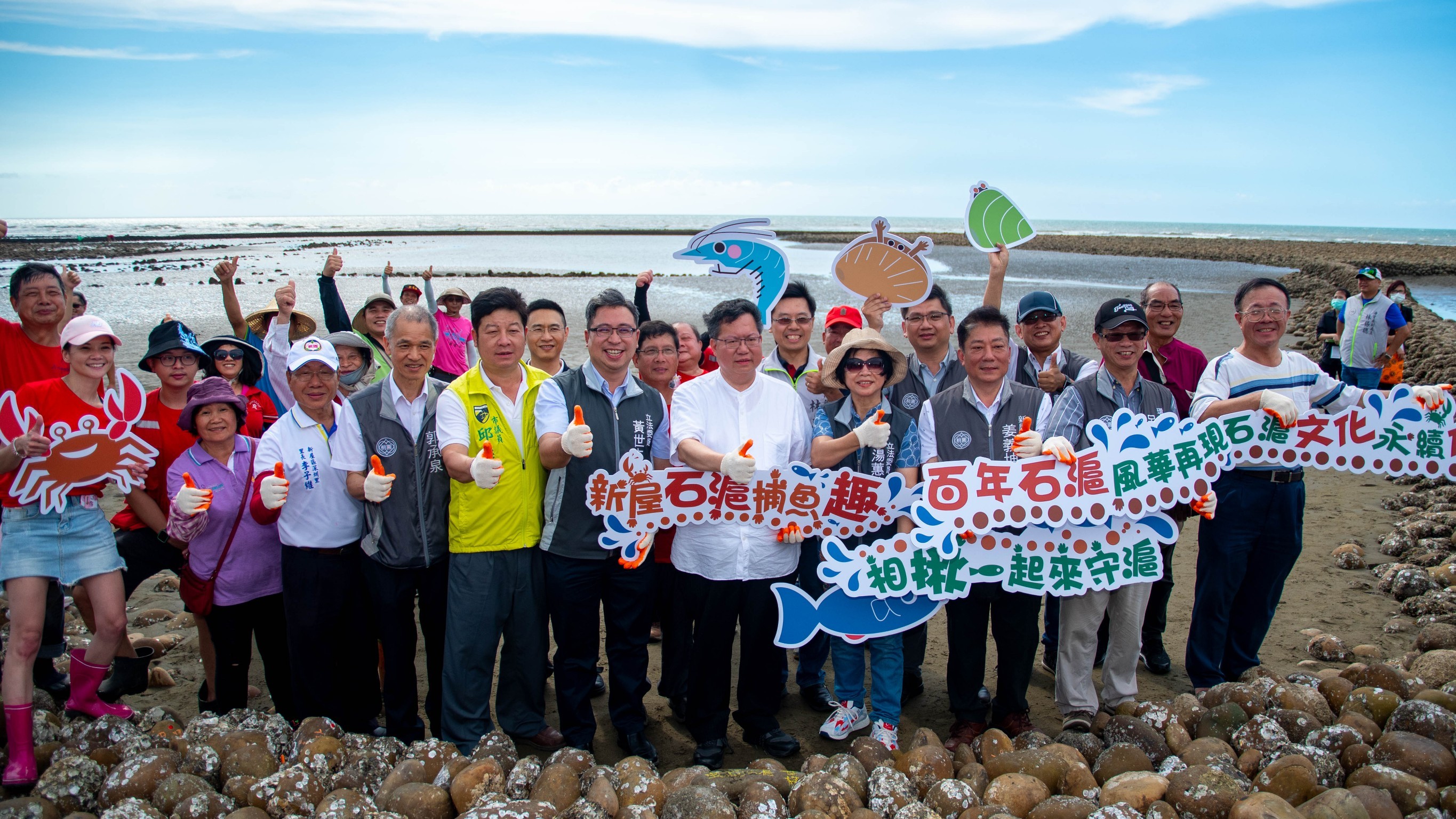 Taoyuan City Mayor Cheng Wen-Tsan went to Lailai Cove in Xinwu in the afternoon of August 2, attending “Xinwu Stone Fish Weirs Fish Catching Experiencing Activity.” He said that stone fish weirs in Xinwu mainly distribute from the south of Yong'an Fishing Port to Hao Ke Port. 11 stone fish weirs that are relatively complete have been preserved, and they're the largest group of stone fish weirs in northern Taiwan. Stone fish weirs, Taiwanese beach seines, and algal reefs in Xinwu are all important fishing culture and assets. Our ancestors piled up large cobbles to make a half circle in a tidal flat to cut off the escape route of fish when the tide ebbed. The ancestors then stretched nets to capture fish. This method has both ecological and environmental concepts, showing how wise our ancestors were. To preserve their precious intelligence and assets of fishing culture, the government starts the legacy of repairing stone fish weirs. Their goal is to repair one stone fish weir annually, completing the preservation of all 11 weirs along Xinwu's coastline through the following years. They will be listed in the preservation of cultural assets, saving the feature of local fishing culture. In addition, Oyster Post was reconstructed as “Xinwu Stone Fish Weir Story House,” and it will apply for Environmental Protection Administrative Executive Yuan's environmental education site certification. Xinwu Stone Fish Weir Story House is expected to be officially open in March in 2021. It will combine local creation and ecological travelling, passing down hundreds years of stone fish weir culture and preserving precious fishing cultural assets.
相關圖片