Taoyuan City Government signs MOU with the Acer and Antung groups, adding to the ranks of Aerotropolis investors 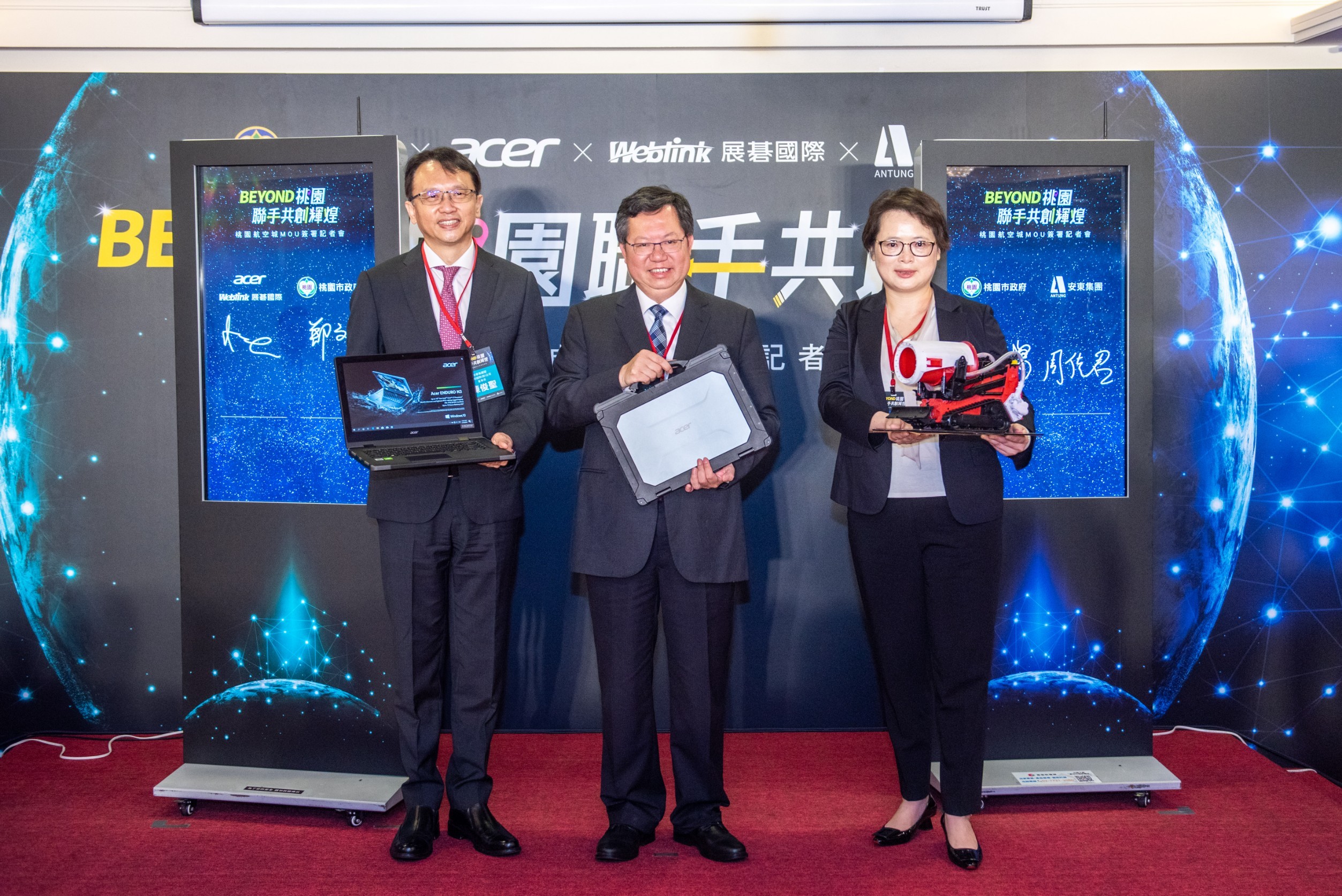 Seeing a bright future for the Taoyuan Aerotropolis Plan, the Acer Group and Antung Group signed a Memorandum of Understanding (MOU) on cooperation with Taoyuan City on July 16. Taoyuan City Mayor Cheng Wen-Tsan said the city is investment-friendly. By promoting the Aerotropolis Plan, the city government not only hopes to increase international airport operating capability, the industrial special area will also bring in the six main industries on a priority basis. The Acer and Antung groups are both characterized by diverse operations, spanning people's livelihood, public construction and national defense etc. By cooperating with the two major groups, it is hoped city and industry can achieve co-prosperity.

Mayor Cheng said that the Acer Group is one of the world's top 4 computer makers, with a share of the North American, European, Southeast Asian and other markets and is the pride of Taiwan; the Antung Group has achieved eye-catching results in engineering, heavy machinery R&D and agency business. The addition of the two big groups to the ranks of investors will help the diversified development of the Aerotropolis Plan.

For a long time, Taoyuan has been the locomotive that has driven Taiwan's industrial development. At the end of May 2020, the Ministry of Economic Affairs announced three major investment plans totaling NT$1.1 trillion; of this, NT$215.5 billion or 20 % will be invested in Taoyuan, more than any other place in Taiwan; also, Taoyuan's annual industrial output value is almost NT$3 trillion, the highest in Taiwan. Taoyuan is really happy to become an investment-friendly city and implement the “single window, accompanying throughout” policy, assisting enterprises find land and financing etc. and even assisting with staff recruitment.

Mayor Cheng also said that as Taoyuan has a complete industrial chain, he hopes increased investment by enterprises in future will bring in more tax revenue to the city coffers and help Taoyuan's construction and development, while also giving citizens more job opportunities.