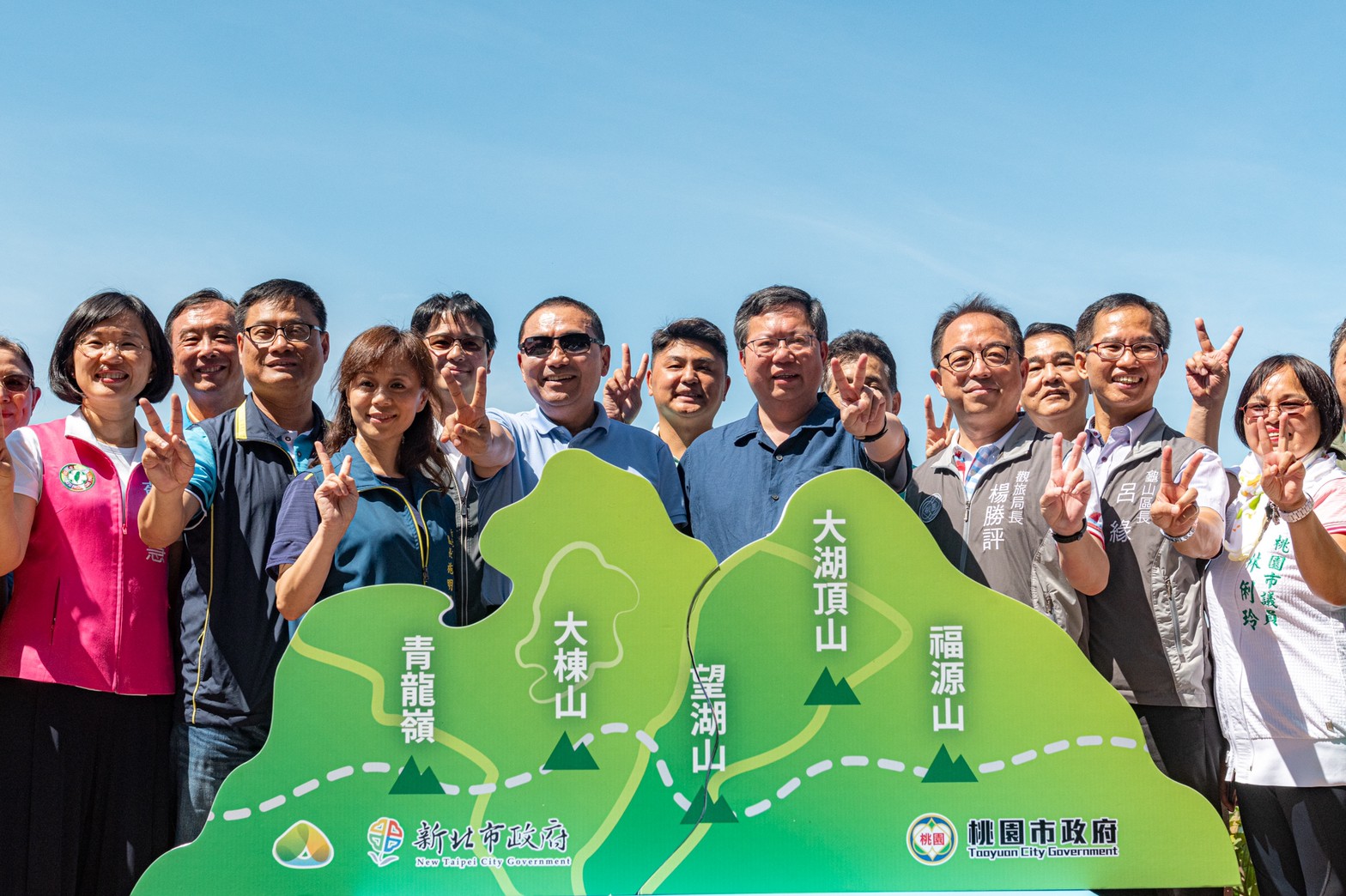 Mayor Cheng pointed out that after the pandemic lifted, Taoyuan City Government opened the trail. Taoyuan citizens can start from Shi Yun Temple in Guishan District, go through “Shi Yun Mountain Trail” and “Fukumoto Mountain Trail,” and then hike to “Dahu Mountain Trail” in New Taipei City. Along the way, people can see the life river of Taiwan—Dahan River, and they can also see several mountains. Furthermore, they can enjoy the views of Taoyuan City and New Taipei City from 405 Highland, and the views are stunning. In addition, to promote the whole development of Guishan District, Taoyuan City Government is addressing “Dadong Mountian Trail Scenery Special District Plan & Application Evaluation Project.” When the plan is complete, Toayuan City Government will apply Dadong Mountian to become the special scenic area, shaping a new attraction in tourism.

Mayor Cheng mentioned that there are many consensus and common grounds between Taoyuan City Mayor and New Taipei City Mayor, and both of them are devoted to completing the dreams of citizens. Especially after Mayor Hou You-Yi got elected, the two cities have been having conversations, discussing many cooperation issues. Mayor Cheng will work with Mayor Hou, fulfilling the wishes of citizens in Taoyuan City and New Taipei City.