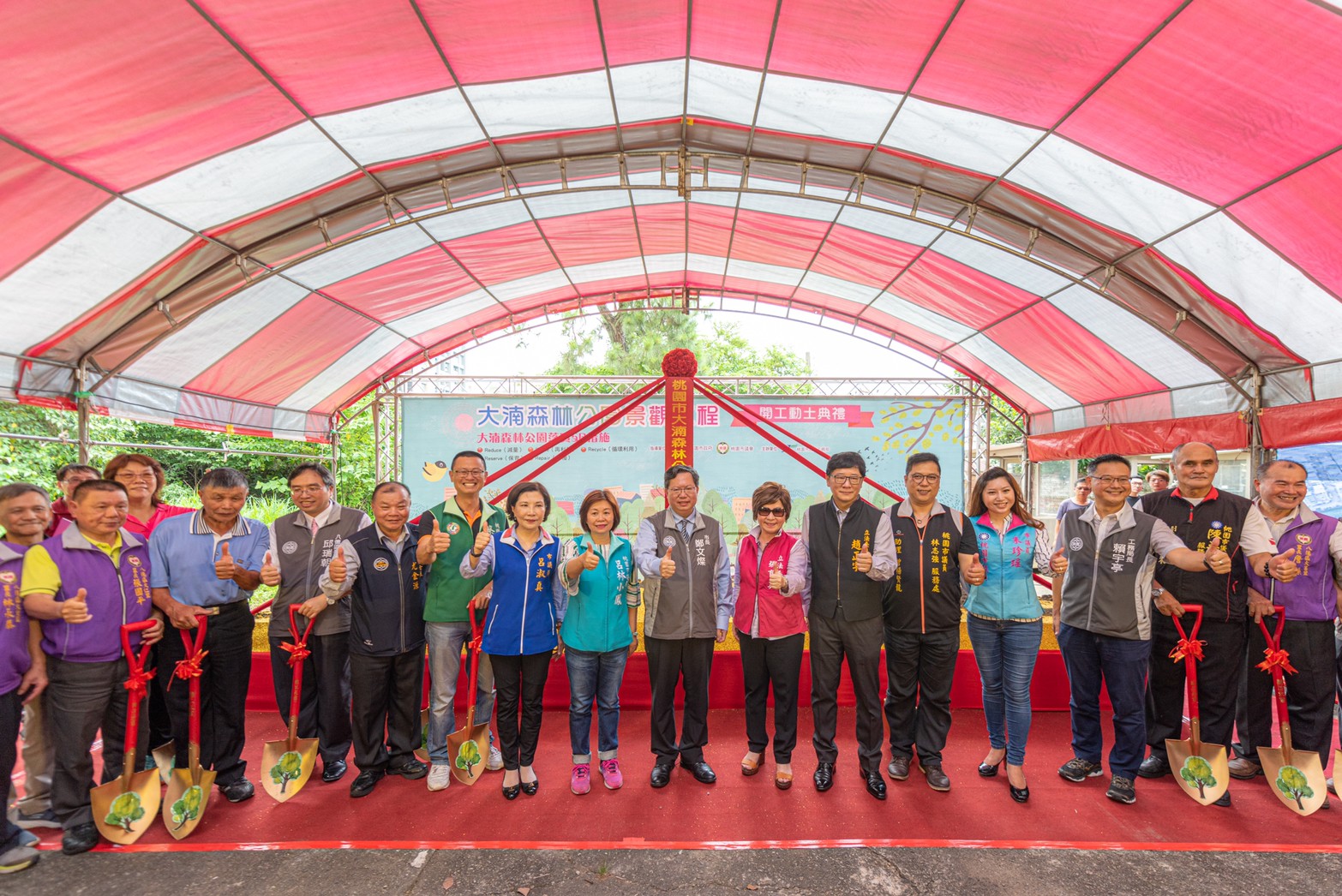 Taoyuan City Mayor Cheng Wen-Tsan went to Bade District on June 12, attending the groundbreaking ceremony of Danan Forest Park. Mayor Cheng indicated that Danan Forest Park was established as Law Enforcement Agency in Danan Camp. The total area is 16.6 acres. To reduce the constructing impact on eco-environment, the city government is doing the construction in two phases. The first phase will last for about a year. It's estimated to be finished between June and July next year (2021). The second phase will last for about 300 days. Mayor Cheng hopes that we can build an urban eco-oasis, making a forest park that gains win-win effect to both people and nature.

Mayor Cheng said that Danan Forest Park consists of northern camp and southern camp now. The military camp has been closed for half a century without disturbance from the outside world, so the eco-environment is abundant in the park. There are not only more than 3,000 precious trees, but there are also hundreds of endemic species like orioles. The eco-resource is rich. Thus, after the city government finishes the eco-survey, they decided to keep the camp and turn it into the educational Danan Forest Park.