The beam raising of the new Taoyuan City Library is finished, aiming to finish the construction in October, 2021 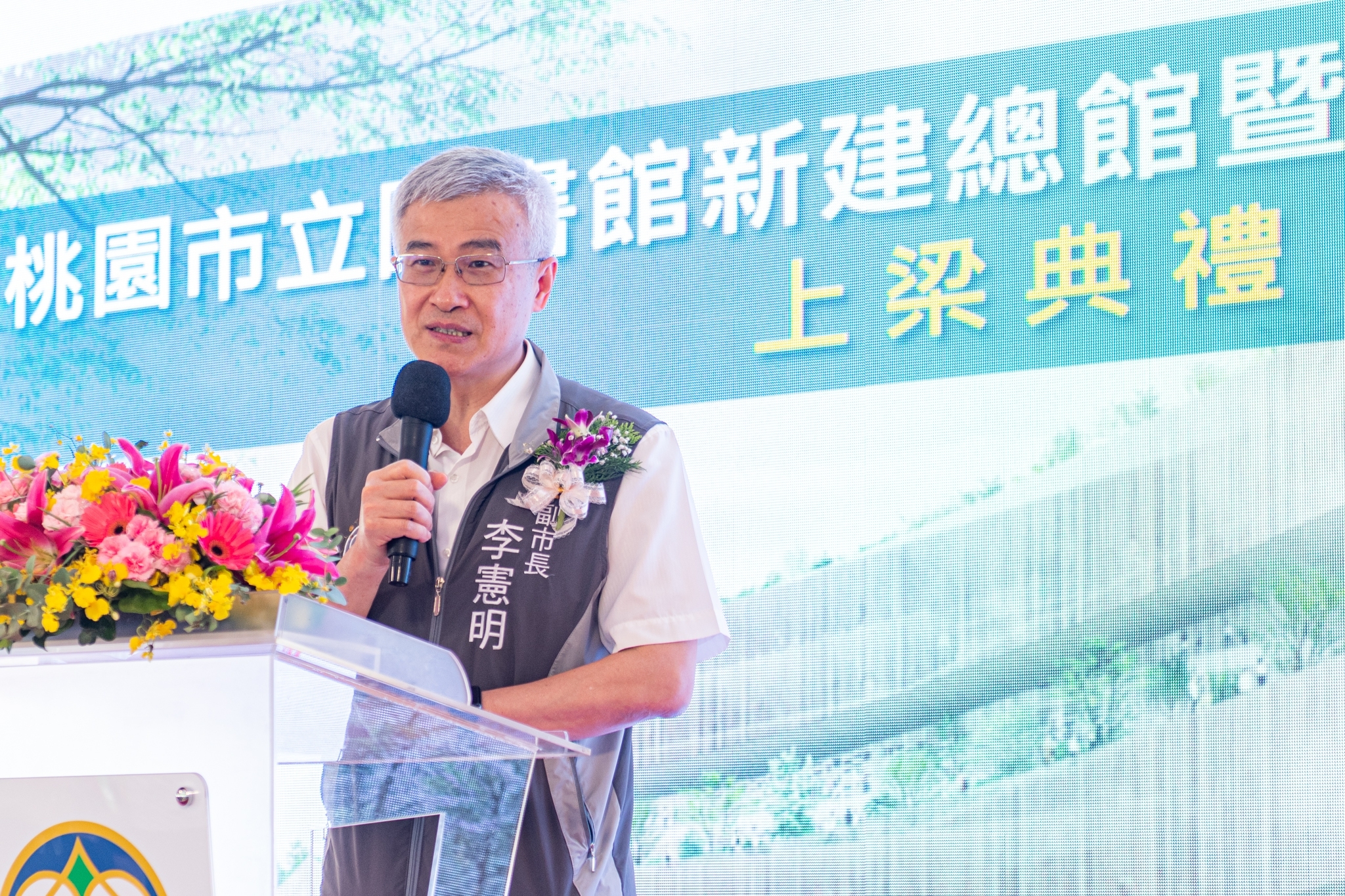 Deputy Mayor Lee Hsien-Ming hosted “New Taoyuan City Library and parking lot construction beam raising ceremony” on June 3. Deputy Mayor Lee indicated that the city government has invested roughly 2.9 billion dollars as the budget to build new Taoyuan City Library. The current engineering process is about 27%, a bit higher than the scheduled progress. The whole construction is scheduled to be finished in October, 2021, and the fine decoration will be completed in May, 2022. Deputy Mayor Lee also said that the main shaft of the design is “life tree.” It combines aesthetics and environmental protection, and it's original. The new library is believed to become a new cultural landmark in Taoyuan, hoping to be a niche in architectural history worldwide, being Taoyuan's glory.

Deputy Mayor Lee also mentioned that the floor area of the new library is about 52,890 square foot. The library building takes up eight stories on ground, and the theater building takes up five stories. The two building will be connected with a two-story terrace for people to pass conveniently. In addition, the two underground stories beneath the library building will be the parking lot, hoping to alleviate the shortage of parking space in the nearby area.