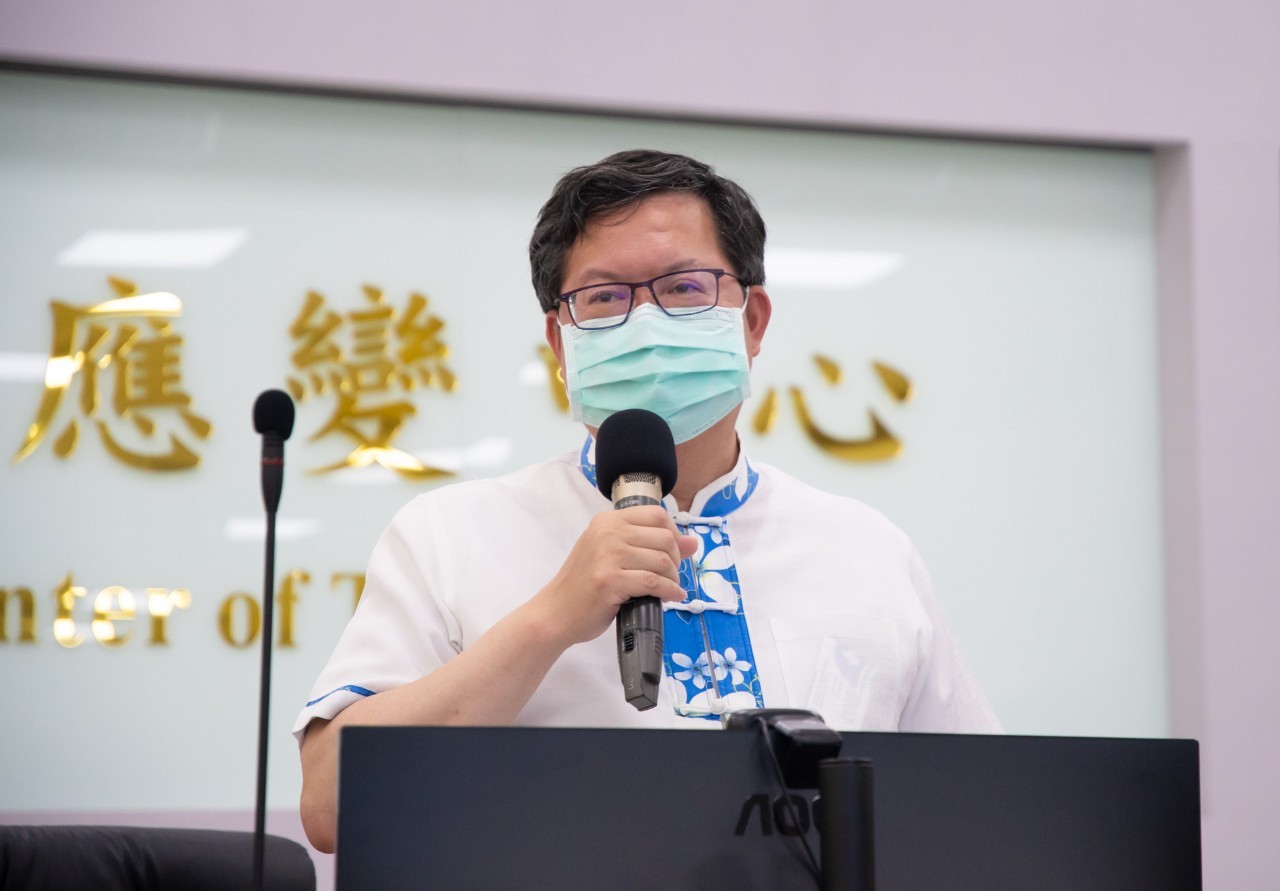 Taoyuan City Mayor Cheng Wen-Tsan chaired the epidemic prevention conference on May 5. He said that the number of persons in home isolation in Taoyuan is in single figures, showing that the number of confirmed COVID-19 cases is gradually falling. However, there is still the risk that people returning from overseas will test positive which means that a heavy burden still must be borne with regard quarantine centers, epidemic prevention hotels and home quarantine. The epidemic has still not passed and he called on everyone to stay vigilant as well as carrying out every step for epidemic prevention properly. Mayor Cheng also said that, in response to the slowing of the epidemic, the city government plans to rent out venues for small scale activities involving fewer than 100 people in citizens' activity centers, community activity centers and other basic level venues on a limited basis from June 1; however, such activities cannot involve karaoke or catering and must meet the rules for a new life movement under epidemic prevention to avoid group infection. Following on, the city government will re-open activity spaces stage by stage depending on the epidemic situation.