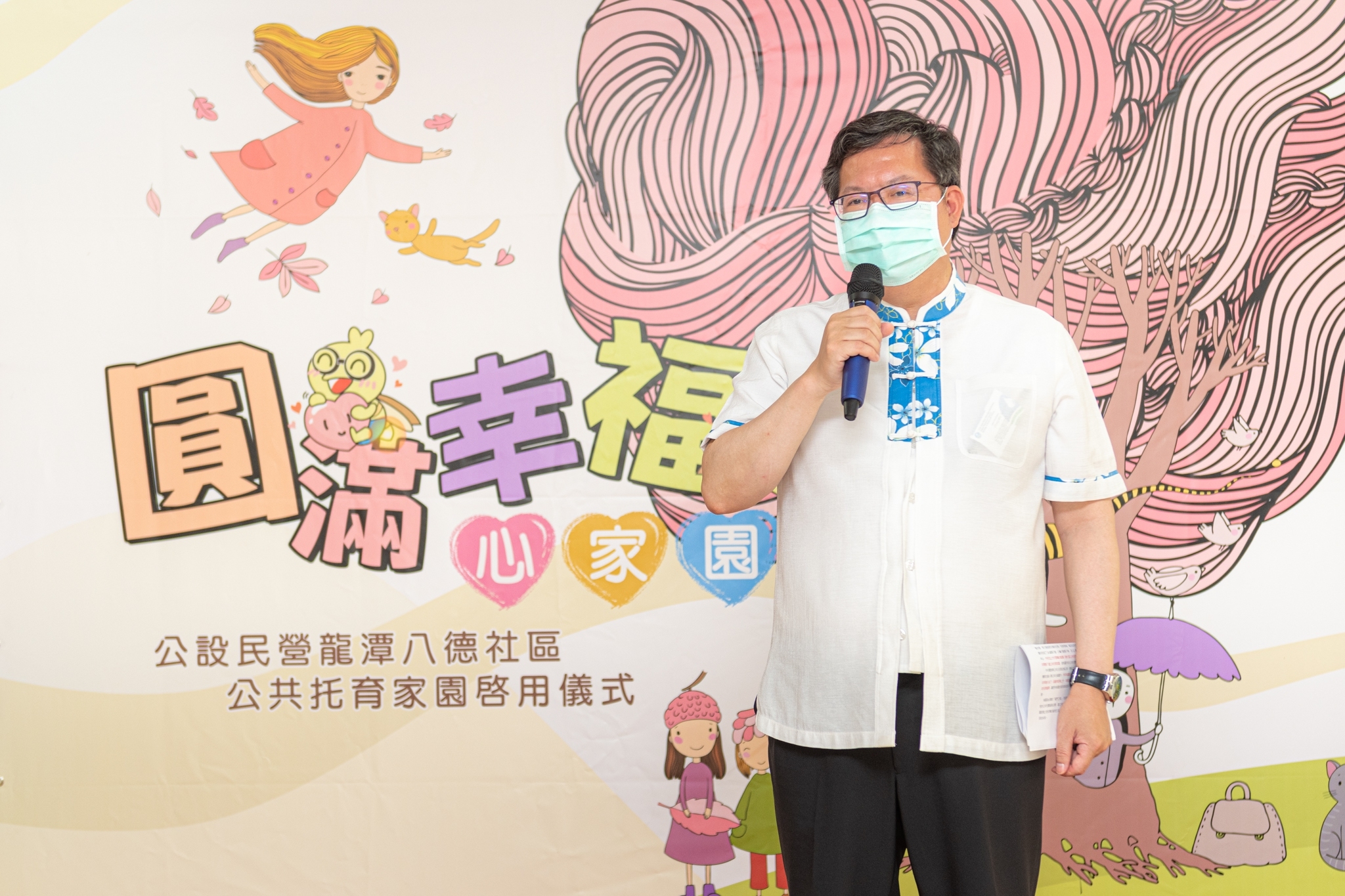 Taoyuan City Mayor Cheng Wen-Tsan attended the Opening Ceremony for the “Publicly-established, Privately-managed Longtan Community Public Nursery” in Longtan District on May 5, 2020. The mayor said that although we are in an epidemic, social welfare construction continues. The publicly-established, privately-operated Longtan Bade Community Public Nursery is on the second floor of the Second Citizens' Activity Center in Longtan District and is now taking children. It is not only Longtan's first community public nursery, it is Taoyuan's seventh community public nursery. It will be operated by the Chinese Yuanman Child and Senior Day Care Association and will accept 12 children aged under two years of age. The aim is to set parents' minds at ease with good operation and allow the children to grow healthily.

Mayor Cheng pointed that the city government is actively promoting the policy of public childcare to support young families and is bringing private baby care centers and home child caregivers into the public sphere, with good results. This year (2020), 90% of private nurseries in Taoyuan have signed up and 87% of home child caregivers. Apart from establishing large nurseries, the city government is also using existing space in the community to establish micro public nurseries. To date, the city government has established 11 publicly-established, privately- operated baby care centers and 7 public nurseries. Longtan Community Public Nursery is spacious and will have 12 babies and young children taken care of by 4 caregivers, giving a low care ratio of staff to children that will allow a suitable environment to be created for the children and high quality care to be provided. It is hoped that, in future, this kind of community nursery can be seen in every community.