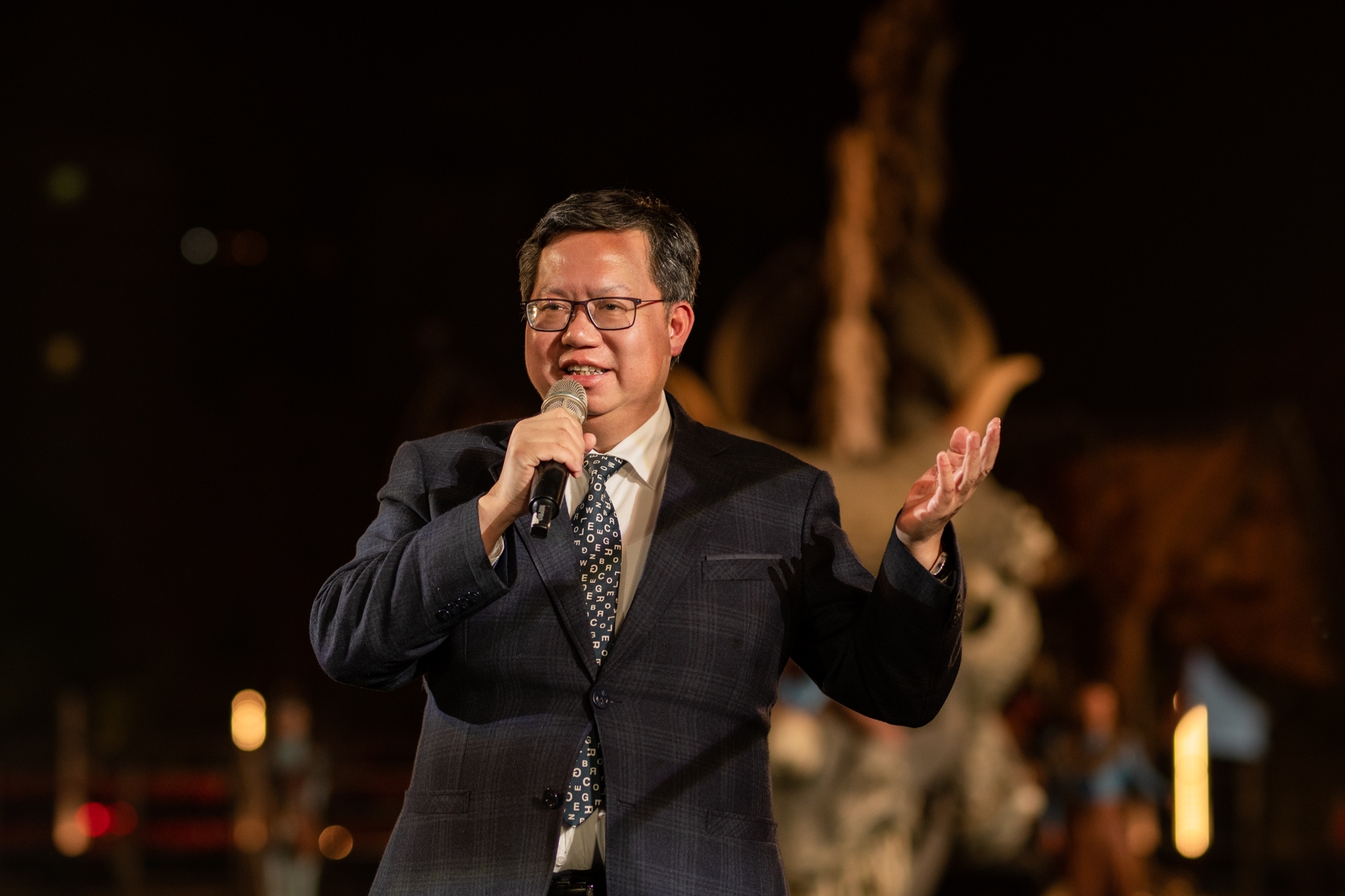 Taoyuan City Mayor Cheng Wen-Tsan attended the press conference, “2020 Taoyuan Lantern Festival - Dragonautes rehearsal” in Zhongli District on January 30. The lantern festival is scheduled to open from January 31 to February 12 lasting for 13 days. The circus of giant biomechanical machines from France, Planete Vapeur, will deliver a show “Dragonautes” that integrates technology and art which is rarely seen in Taiwan; the member of Planete Vapeur circus will interact with the 12-meter-high mechanical dragon, added with special effects of sound and light, which make it the first performance that enables audiences to interact with installations in Taiwan. The 30-minute-long performance will be played every night during Taoyuan Lantern Festival from 7 p.m. to 9 p.m. on the hour, citizens are welcome to visit and experience such a unique show of sound and light.

Mayor Cheng said the 2020 Taoyuan Lantern Festival will be held in the coast area along the Laojie River which is about 2 kilometers, themed as “Light of Peach Blossom Spring”; it includes three areas in different themes: “Flying Dawn Light” area in Xinshi Park in Pingzhen District, “Galaxy Dawn Light” area in Laojiexihe'an Park in Zhongli District, “Earth Dawn Light” area in Guangming Park. Apart from these themed lantern areas, large-scale performances will be played during the festival, to bring brand new experiences to the citizens. The city government will continue to promote the transformation of Laojie River landscape, planting and other aspects; decorate the watery Laojie River and Taoyuan City with breathtaking lanterns.