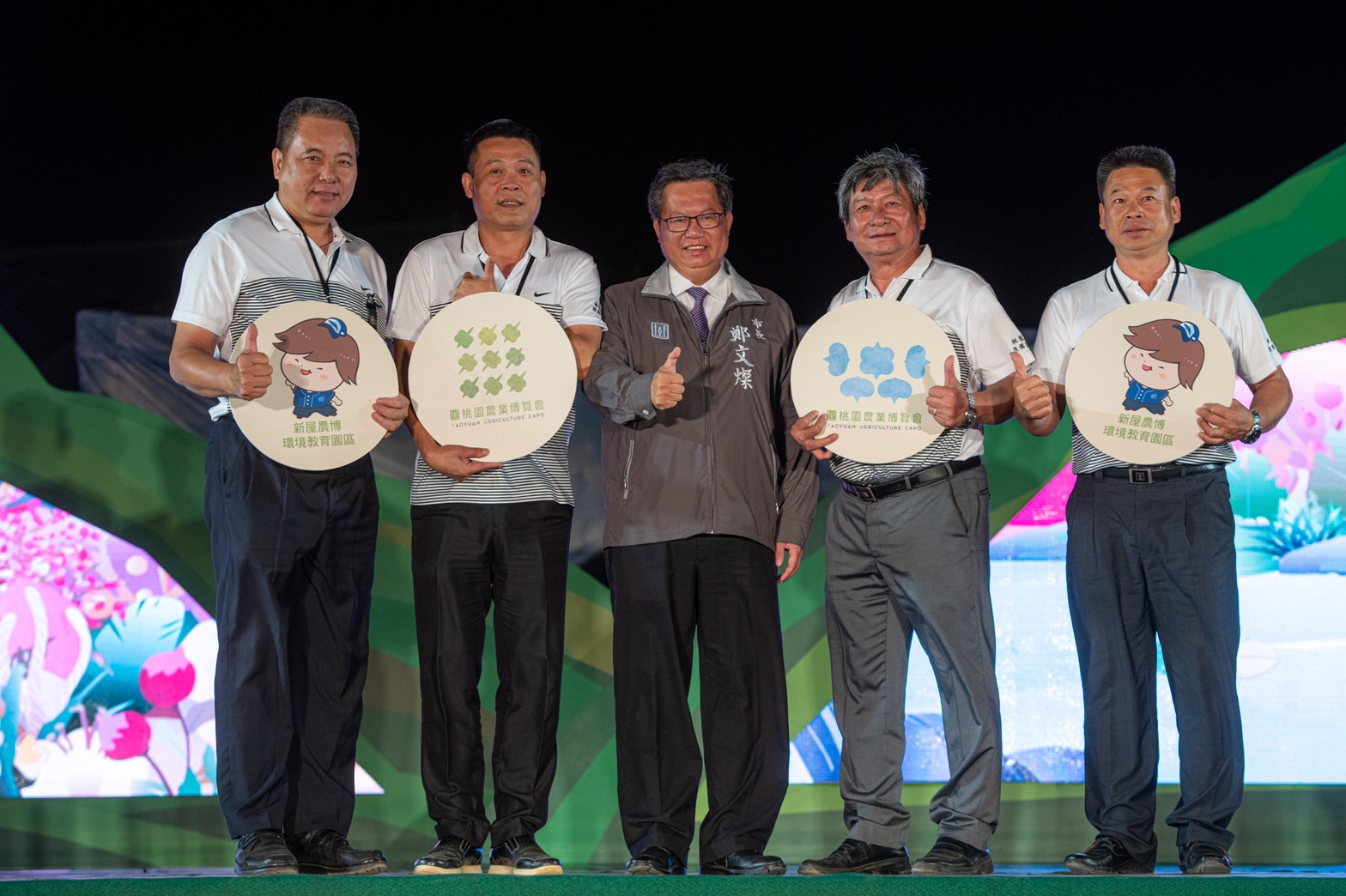 Taoyuan City Mayor Cheng Wen-Tsan headed to Xinwu District to attend the closing ceremony of the “2019 Taoyuan Agricultural Expo” on October 27. Mayor Cheng said that the 2019 Taoyuan Agricultural Expo was officially closed. Taoyuan City Government organized the Agricultural Expo four years ago, hoping to present the possibility of agriculture with low carbon, green energy, technology, recycling, and intelligence. It has been held in Xinwu for three consecutive years, providing many touching moments, memories, and the courage to pursue new agriculture. Mayor Cheng pointed out that the main axis of the 2019Taoyuan Agricultural Expo was “Time of Farming”. There were five major themes and 16 exhibition centers, demonstrating five highlights, namely “the only carbon certificated Expo in Taiwan”, “blue ocean economy”, “smart farming”, “zero waste”, and “real escape game”. It attracted more than 2,333,900 visitors during the 30-day exhibition period. Moreover, it brought business opportunities worth more than NT$ 700 million to Taoyuan, including the Council of Agriculture's Innovative Agricultural Machinery Pavilion. The overall orders were more than NT$ 140 million in total. Compared the total cost with the total number of visitors in the Expo, we can say that it was the most cost-effective way in creating miracles. It also allowed the visitors to feel the strength, potential and charm of Taiwan's new agriculture deeply.