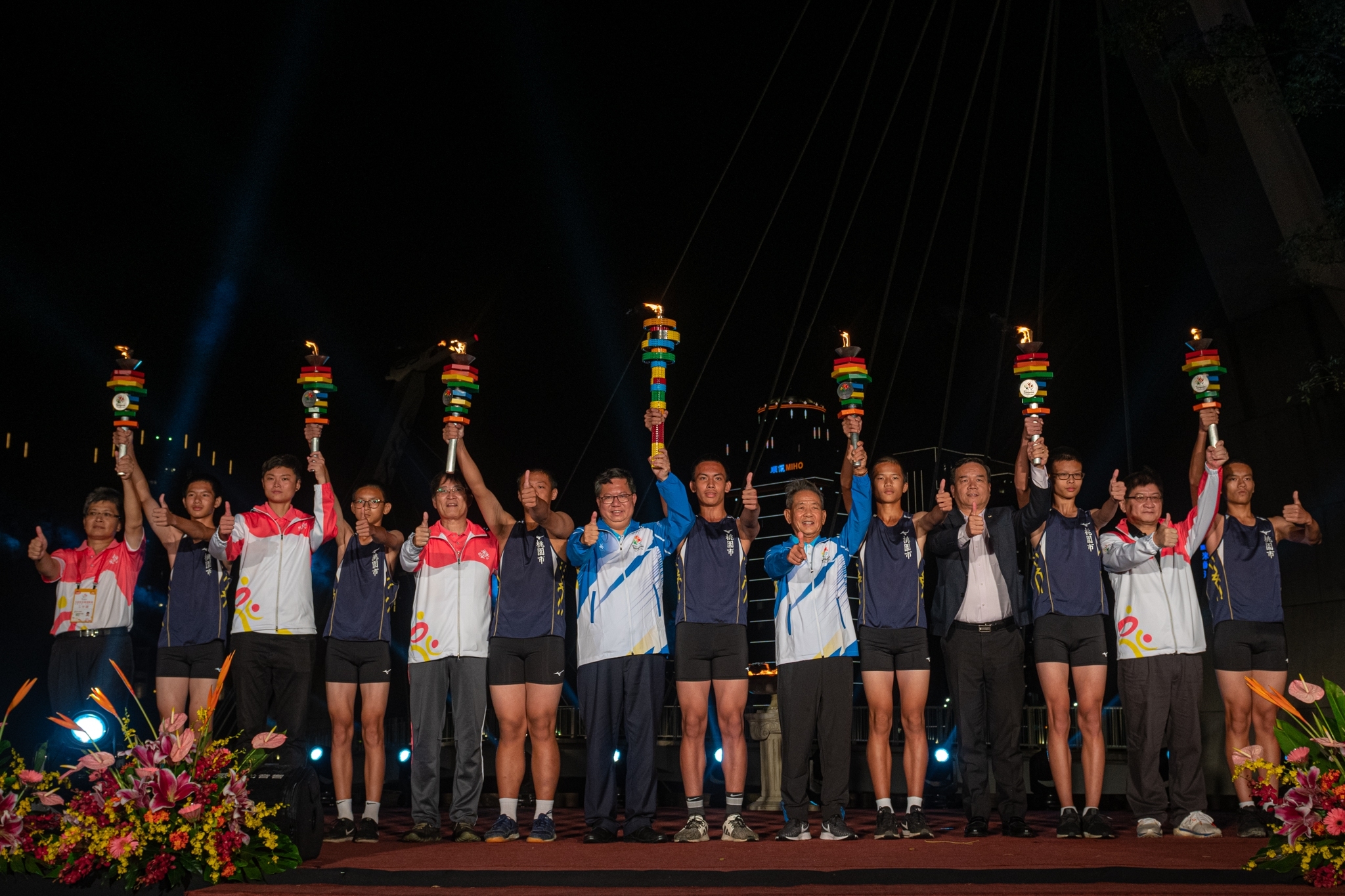 Taoyuan City Mayor Cheng Wen-Tsan went to Chintan Park (Green Pond Park) in Zhongli Dist. on the evening of September 29 to attend the “2019 National Games Torch Lighting Ceremony”. Mayor Cheng said that 2019 National Games will be held between October 19 and 24, with 34 categories of competitions in 45 venues. There will be over ten thousand sports elites, thousands of referees and honored guests gathered in Taoyuan. We specifically chose to hold the torch lighting ceremony at Chintan Park today and was the first in Taiwan to ignite the torch at a pond in order to highlight the unique pond landscape in Taoyuan. During the ceremony, Taoyuan Air One also emitted laser beams toward the sky, symbolizing that Taoyuan is moving at the speed of light, just like a dazzling star. We hope to bring a different National Games to the citizens, and invite everyone to support The National Games and Taiwan.

The torch-lighting ceremony started with Mayor Cheng bringing forth the sacred flame from the flame alter, and then Sports Administration Director-general Kao Chin-Hsung, Sports Administration Competitive Athletics Division Director Hung Chih-Chang, Taoyuan City Sports Department Director-general Chuang Chia-Chia, Deputy Director-general Fang Jui-Wen, Taoyuan Athletic Association Board Director Yeh Cheng-Yen, and National Taiwan Sport University President Chiu Ping-Kun delivered the secondary torches in their hands to the National Games torchbearers. They announced that the torchbearers for 2019 National Games officially set off for a 19-day torch relay event throughout Taiwan and Taoyuan City. They are expected to return to Taoyuan City Athletics Field on the afternoon of October 18 for the cauldron ceremony. We pray that the sacred flame blesses 2019 National Games with complete success.

2019 National Games Torch Is Officially Ignited and Will Be Relayed Nationwide. Everyone Is Invited to Support the National Games and Taiwan!
Back Home TOP