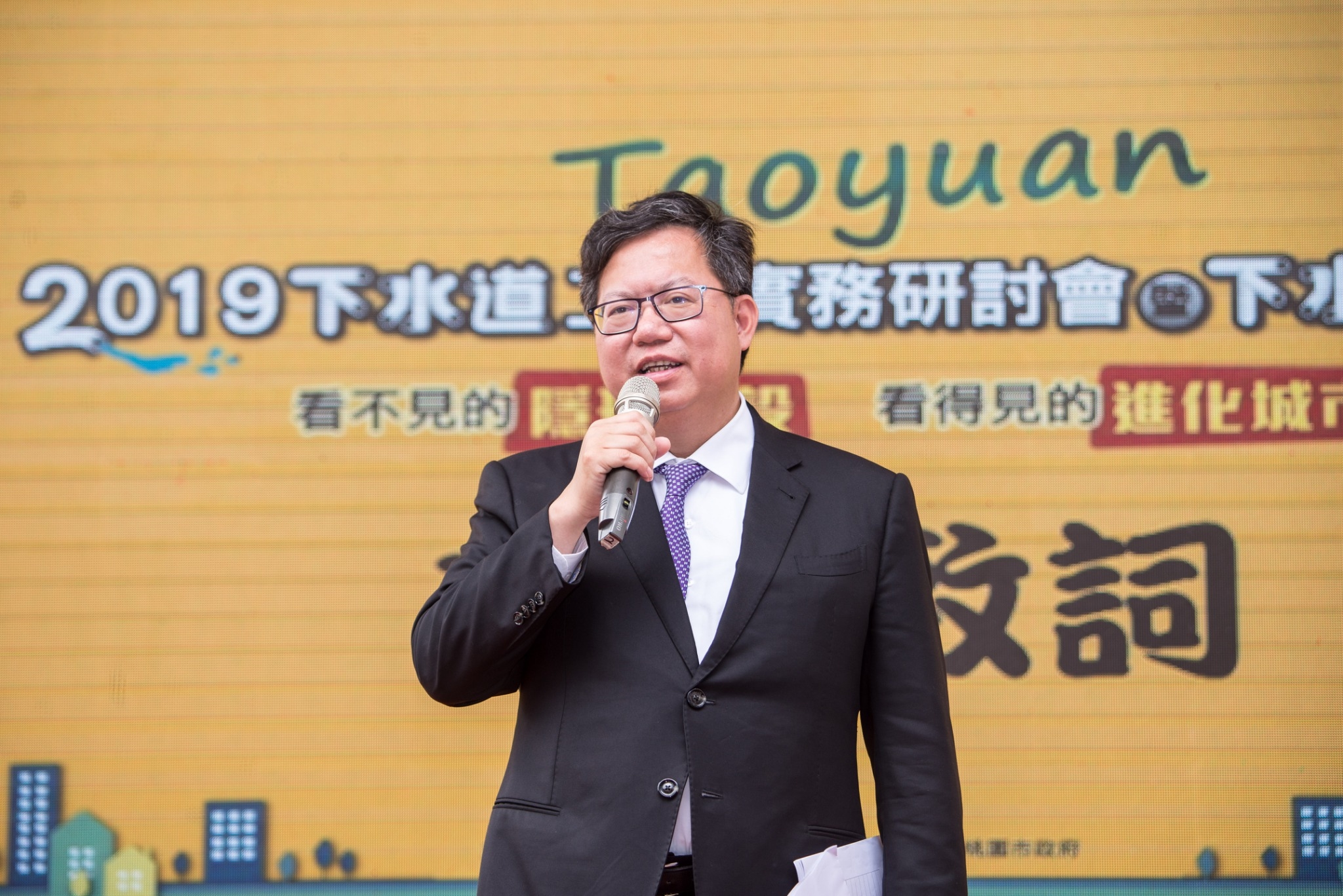 Taoyuan City Mayor Cheng Wen-Tsan attended the Sewage Engineering Practices Seminar & Sewage Equipment Exposition at the square in front of the City Hall on August 27. Mayor Cheng said that invisible as it is, the sewerage project is citizen-oriented. Before Taoyuan City was upgraded to a municipality, its wastewater sewerage connection rate was as low as 5%. Through the effort put by the city government's teams, this rate has been raised to 20%, with a total number of 100,000 connected households, 4 times as many as before. Besides, storm sewer coverage has also been raised from 56% to 74.7%, and is expected to increase to over 80% by the end of 2023. By improving Taoyuan City's sewerage system, the city's development will be paced up; by building a flood-resistant city, the citizens' life quality will be improved.

Cheng mentioned that many cities in Europe and America began building their sewerage systems as early as 100 years ago. Though Taiwan started late, now is the time to catch up. Before being upgraded to a municipality, Taoyuan planned for 8 wastewater collecting sewers. After the upgrade, with 4 sewers added, all of the 12 wastewater collecting systems will cost 130 billion NT$, among which that of the North District is the largest one. The first stage of construction of the Water Resources Recycling Center has been completed and put into operation in early 2016 and now the second stage of expansion is in progress. With the original membrane bioreactor (MBR) in addition to BioNET developed by the Industrial Technology Research Institute (ITRI), the nitrogen content is expected to be reduced by 20% to 30%, increasing the water purifying capacity.