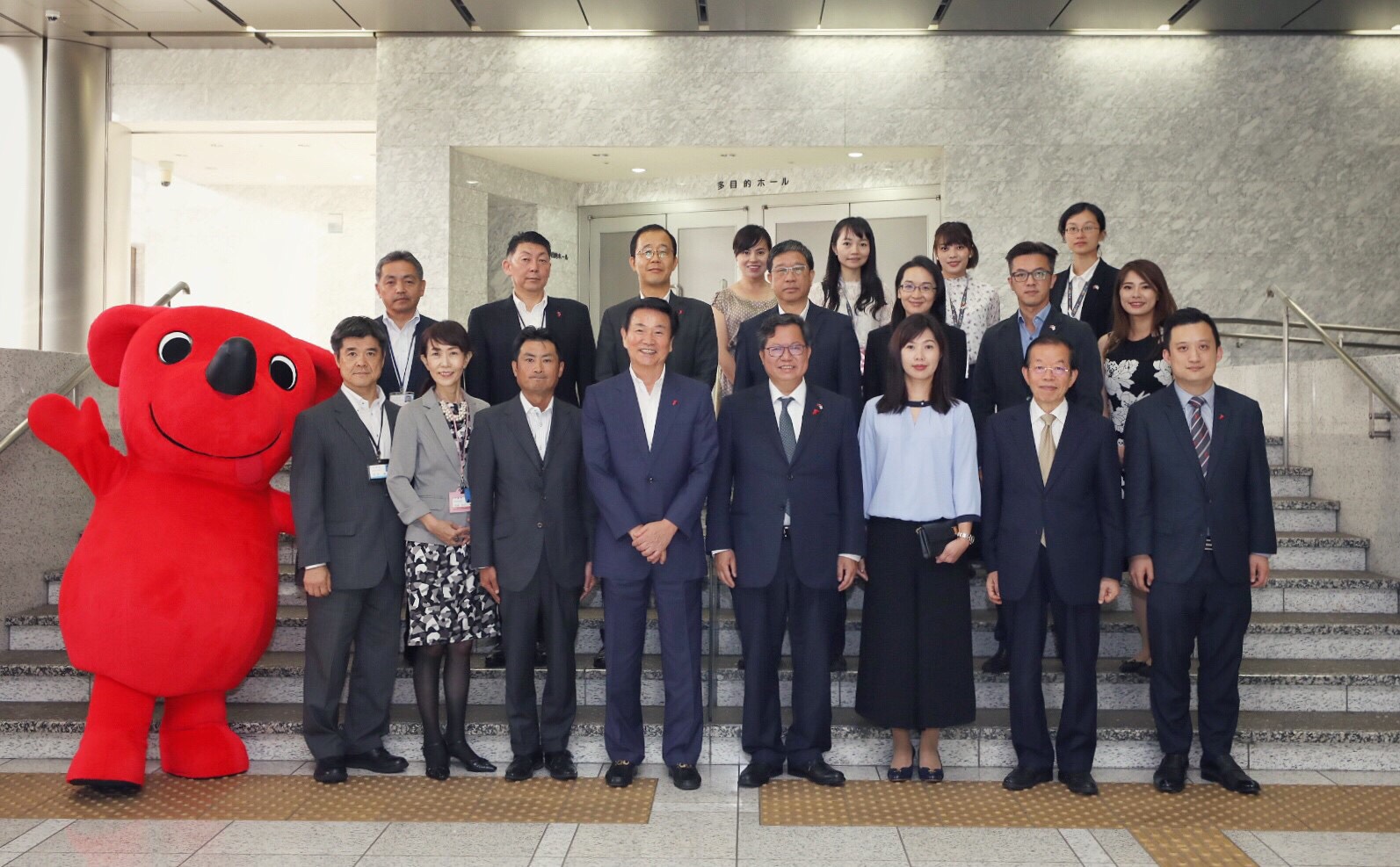 Taoyuan City Mayor Cheng Wen-Tsan led the city government team on a sister city exchange visit to Japan. On August 9, they headed to Chiba and visited Chiba Prefectural Government Office. Mayor Cheng said that the “Friendship Agreement between Taoyuan City and Chiba Prefectural Government” was signed on the same date three years ago. During the past three years, there were several exchanges in areas such as sports, education, culture and tourism. Moreover, related exhibitions were held at the Taoyuan Agriculture Expo. This showed the deep-rooted and close friendship between two cities. He hoped that regions in Taoyuan and cities in Chiba Prefecture can have more exchanges in the future to narrow the distance between Taiwan and Japan, and build a more rugged friendship with the help form the Governor of Chiba Prefecture, Kensaku Morita.

Mayor Cheng pointed out that Narita Airport in Chiba Prefecture is the first stop for the world to enter Japan. It is also his first impression of Japan. After Taoyuan was upgraded to a city, it has become a sister city with Chiba Prefecture. Thus, there were more exchanges between Narita Airport and Taoyuan Airport. During this exchange visit to Japan, Mayor Cheng headed to Choshi City of Chiba Prefecture to observe the development of offshore wind power and the facility of wind farm on the first day. After developing wind power in the future, Mayor Cheng hoped to form an alliance on windmills. Furthermore, the city government team also headed to the Inubosaki Lighthouse, hoping to establish a friendship between Inubosaki Lighthouse and Baishajia Lighthouse in the future.