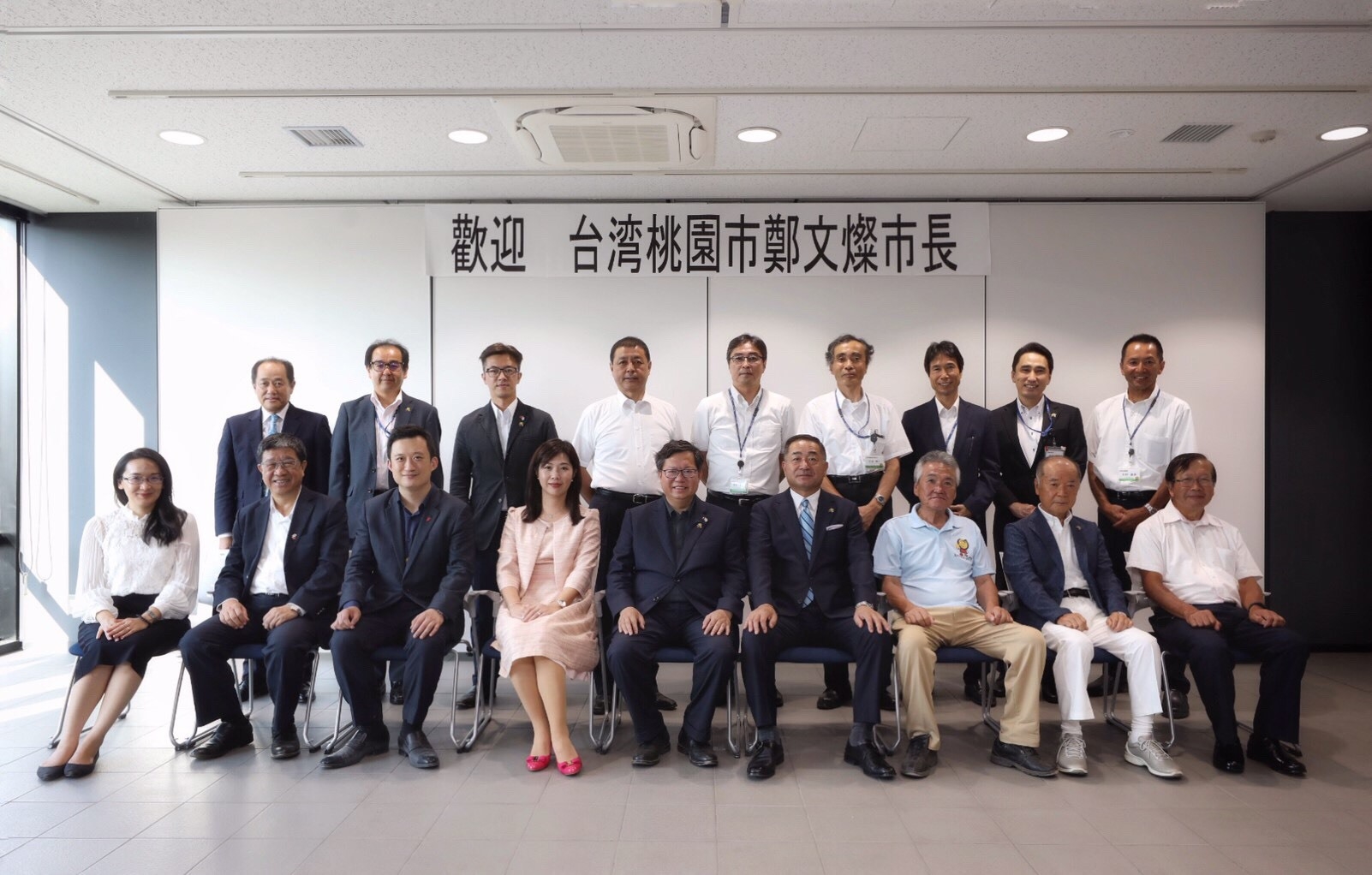 Taoyuan City Mayor Cheng Wen-Tsan has led a city government team to visit Shiroi City Government in Chiba Prefecture. Shiroi City is included in the Chiba New Town Project. Since Shiroi City is located close to Tokyo and is conveniently accessible, it helps to ease the population pressure in the capital circle. In recent years, the number of migrations has increased in Shiroi City. It's geographical location and development is very similar to several administrative districts in Taoyuan. Therefore, Mayor Cheng looks forward to promoting more exchanges between Taoyuan City and Shiroi City.

Shiroi City is home to pears, which ranked No.1 in Chiba Prefectural and No.4 in Japan. Mayor Cheng and the city government team also observed the local pear farms. There was also a forum held to discuss issues about cultivation technology and natural disaster prevention in agricultural losses with members from Shiroi City Pear Union and instructors from Chiba Agricultural Research Institute. The two parties exchanged opinions on youth farmers in countryside. Mayor Cheng mentioned that Taoyuan City Government has promoted “Taoyuan City Young Farmer Counseling Project” to encourage more young people to devote themselves to agriculture. They further discussed about the aging and loss of the agricultural population. In addition, there had been extensive discussions on how to encourage outstanding young people to work in agriculture through incentives, such as subsidies and technology, hoping to assist both parties in agricultural innovation and cultivate more young farmers.