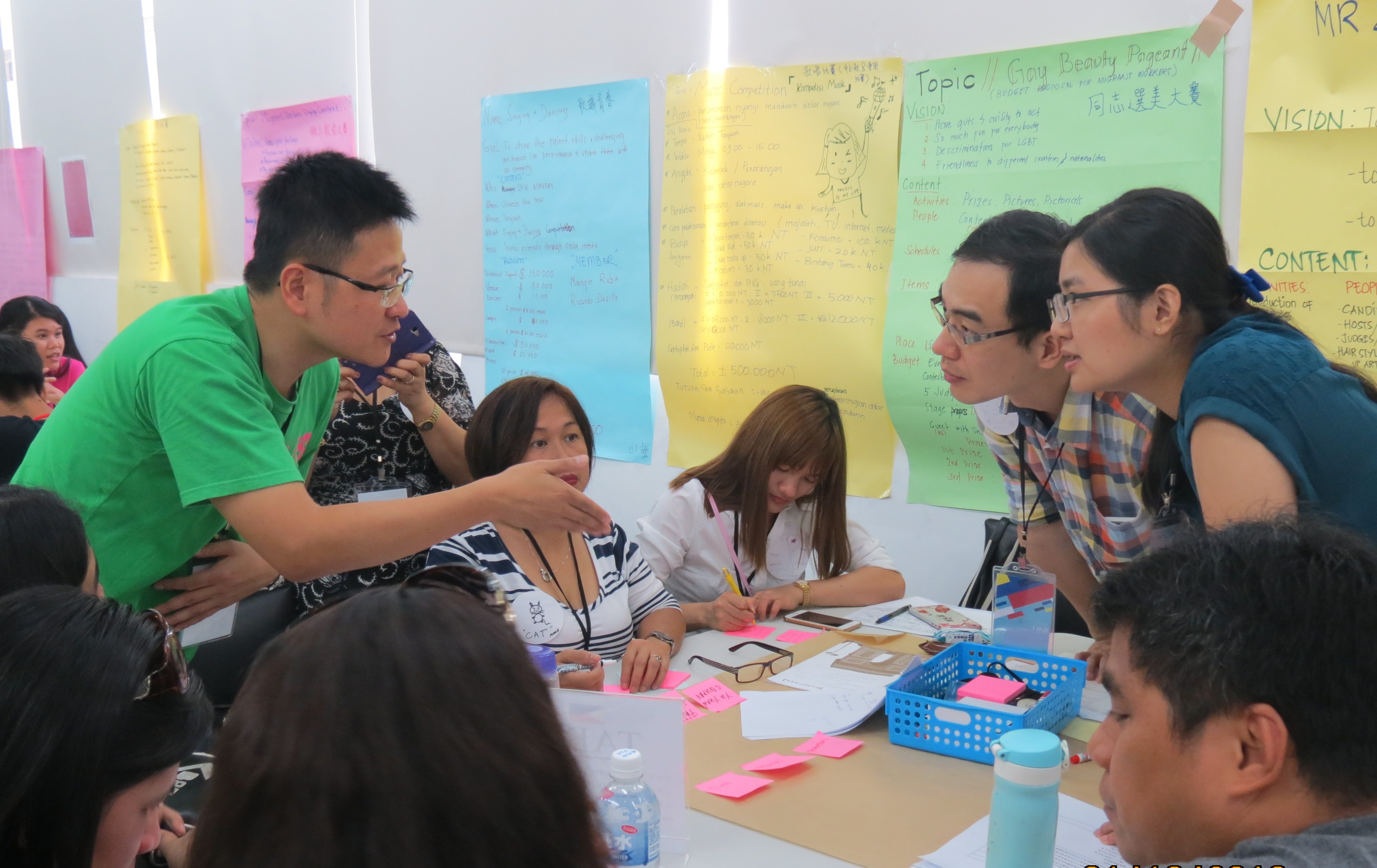 Labor Affairs Bureau of Taoyuan City Government launched the first and only 2017 Participatory Budgeting Project for Southeastern Migrant Workers' Leisure in Taoyuan. Two proposal workshops, which took place on 17th September and 1st October respectively, attracted 120 participants to join the proposal workshops and discussion, including migrant friends who have ideas toward recreational activities and Taoyuan citizens. There were 13 proposals in total, including art exhibitions, ball games, cultural tours, singing & dancing contests, Muay Thai, darts, beauty contests and carnivals from each nation, which show innovation and wishes of migrant friends. Except for 28 professional hosts and bilingual translators, there were 21 students from Taipei Medical University who served as a group record assisting with administrative works, accompanying migrant friends to complete each proposal and witness enthusiasm and culture of southeastern migrant workers together.

Currently, there are more than 650 thousand migrant workers in Taiwan, of which around 10,800 migrant workers working and living in Taoyuan City. Taoyuan City, as the city having the highest number of migrant workers, the city government has been actively increasing the budget on culture exchanges and recreational activities for migrant workers. Besides that, the bus system and navigation map are available in 4 languages. The city government held exhibitions on Thai culture, Indonesian culture and Vietnamese culture at old Taoyuan train station last year. This year, except for holding activities, such as excellent foreign labor selection and talent competition, wedding exhibitions from 4 different nations were held as well. Migrant Service Center will be established in April next year in order to provide prompt and convenient service and dedicate in the establishment of a migration-friendly environment. Making the policy approaches more to international and humanistic care.

VIPT is the first letter of these 4 countries: Vietnam, Indonesia, Philippines and Thailand; together are VIP for TAIWAN. Meanwhile, VIPT represents migrant friends' contributions to Taiwan's economic development and social security. Therefore, the city government will implement Participatory Budgeting Project for Southeastern Migrant Workers at the second half of the year with the budget of 1.5 million in total. This project allows migrant friends to decide their own themes of recreational activities. Labor Affairs Bureau expects that the policy can meet the requirements of migrant friends through the participatory budgeting project. Meanwhile, it allows more exchanges and interaction among public sectors, Taoyuan citizens and migrant friends, which can reflect real wishes and real life and implement the migration-friendly policy.

In late October to mid-November, the proposals will be selected through the Internet and bricks-and-mortar. Migrant friends and citizens are welcomed to join together and continually follow us on our Facebook fan page (https://goo.gl/Piq23c), named 2017 Participatory Budgeting for Migrant Workers in Taoyuan. There are amazing gifts waiting for you to draw!